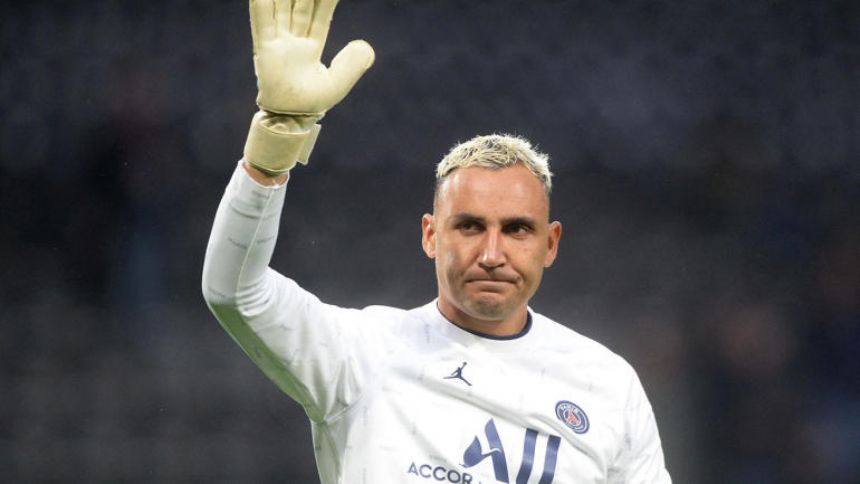 Paris Saint-Germain must wait to be crowned Ligue 1 champions for a record-leveling 10th time despite their 3-0 win away at Angers SCO on Wednesday. Olympique de Marseille's 3-2 home win over FC Nantes with Dimitri Payet scoring two penalties means that Saturday's clash with RC Lens is Les Parisiens' next possibility.

PSG stand to equal AS Saint-Etienne's longstanding record number of titles which has stood since Les Verts' last Championnat success back in 1981. Kylian Mbappe thought he had set the wheels in motion with a 28th minute opener after he was teed up by Achraf Hakimi.

Sergio Ramos doubled the lead for Mauricio Pochettino's men with his head from an Angel Di Maria assist. The Argentine then added to his tally when he provided for Marquinhos late on after Angers had seen a penalty award overturned by VAR.

There was still time for youngster Edouard Michut to see red before the final whistle but the decisive moment which dashed PSG's hopes of a midweek party came at Stade Velodrome. Nantes twice took the lead only to be pegged back by Payet from the spot before Amine Harit's Marseille winner.

That was enough for Jorge Sampaoli's side to deny their bitter rivals some early celebrations and it now means that at least a draw will be good enough for the capital giants against European hopefuls Lens this weekend. Even a loss if OM fail to win away at Stade de Reims would be enough this weekend.

"I think we were very good," goalkeeper Keylor Navas told Canal+. "The team worked hard. They still had a few chances, but we controlled that well. We will keep going as you have to win every game and have that mentality, but I hope that we can win the next match to celebrate with the fans."

"I think there was a foul," added Pochettino on Michut's dismissal. "He touches the leg, but it was not on purpose. I do not understand this red card. I am very disappointed, and I hope that the decision will be rescinded."

This also means that Neymar and Lionel Messi could be present as PSG secure the Ligue 1 title as both missed the trip to Angers. The Brazilian superstar was suspended due to accumulated yellow cards while the legendary Argentine picked up a minor injury against Marseille last week.

After the win in Angers, Navas admitted that it is unlikely that both he and Gianluigi Donnarumma remain in competition for the starting role next season. The Costa Rica international may well be moving on from Parc des Princes this summer after losing his regular berth between the sticks.

"I need to study many things," said 35-year-old Navas. "Gigi and I have a good relationship and there are no problems with him. Of course, I still want to play. Ultimately, if it is a situation like this season, then it will be complicated. We will see what will happen in the future. My family is happy here and I am happy in Paris. I am treated well, but things must change one way or another."

PSG face Lens on Saturday before Marseille take on Reims on Sunday with a Parc des princes title party a possibility even though it will be the only piece of major silverware won this campaign after humiliating UEFA Champions League and Coupe de France exits.