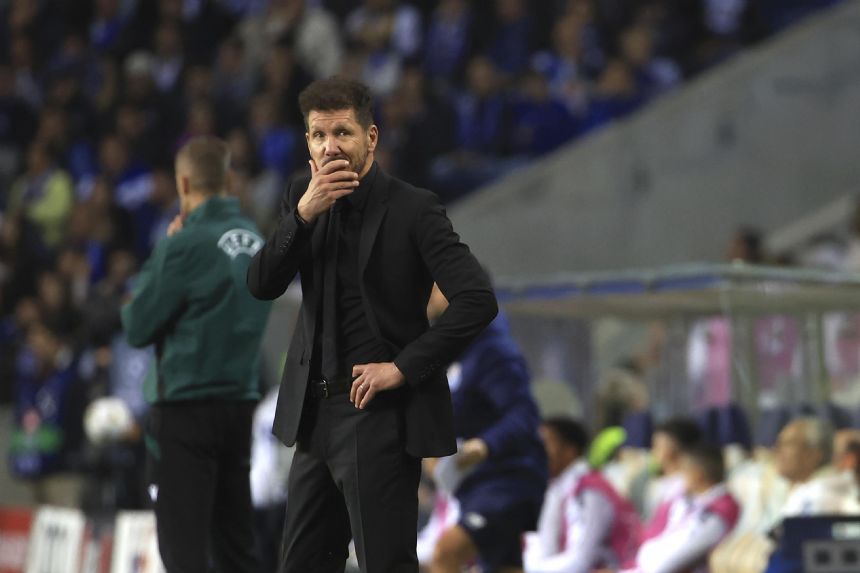 BARCELONA, Spain (AP) - Atletico Madrid is mired in one of its worst runs since Diego Simeone took charge over a decade ago.

Before he can use the six-week World Cup break to regroup he must take his struggling side on the road to play a lower-tier opponent in the Copa del Rey on Saturday.

While the players of fifth-tier Almazan face the game of their lives, Simeone will be tempted to rest his top players who are surely thinking more about going to Qatar than its Copa del Rey opener.

According to the club, the list of day jobs for Almazan's players include a shepherd, a woodcutter, a chicken breeder, a singer and a tai chi instructor.

For Almazan, its players are just trying to relish the chance to play one of Spain's top clubs.

"We are enjoying the moment," Almazan midfielder Alberto Plaza told Cadena SER radio. "We are handling this week just like any other, but this will be a historic day for the team and all our fans."

Atletico's 1-0 loss at Mallorca on Wednesday took its winless run in all competitions to five and dropped it to sixth place in the Spanish league. Its troubles in the league come after it finished bottom of its Champions League group for the first time ever when it was outperformed by Porto, Bayer Leverkusen and Brugge.

Simeone said after his team's latest setback at Mallorca he hopes that "after the World Cup we can return with the will to reverse this situation."

"What I am focused on now is finishing well in the Copa del Rey," the Argentine coach said. "(I will) then work hard with the players who (don't go to the World Cup) and wait for the others to return so we can face the second half of the season with more motivation and a greater sense of responsibility."

Almazan, founded in 1961, is the local team of the eponymous village of just over 5,000 inhabitants in the central province of Soria that lies north of Madrid. After decades of people leaving for Spain's cities, Soria is one of Europe's most sparsely populated areas.

The club says that over 6,000 tickets have been sold for the match that won't be played at Almazan's tiny municipal stadium, but rather half an hour away by car at Los Pajaritos Stadium in provincial capital Soria.

Simeone guided Atletico to the 2013 Copa del Rey title, beating Jose Mourinho's Real Madrid in the final. In recent years, however, the cup has produced more embarrassment than success.

Last season, Atletico was beaten by Real Sociedad in the round of 16. But the previous two seasons it suffered early exits to lower-tier rivals.

Sevilla, Villarreal, Osasuna, Espanyol, Girona and Valladolid also play at lower-tier opponents this weekend in the knockout tournament. All rounds are a single game except for the semifinals, which are played home and away.

Real Madrid, Barcelona, Valencia and Real Betis, the four teams which qualified for the Spanish Super Cup, have byes in this round.