LOOK: Astros slugger Yordan Alvarez gets four-strike at-bat after no one realized he struck out 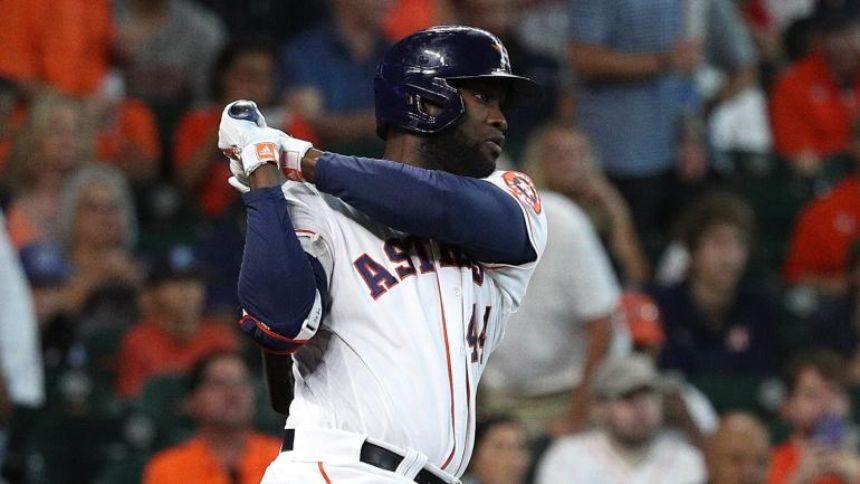 Three strikes, and you're out. At least, that's the case most of the time in baseball. Houston Astros slugger Yordan Alvarez, however, got a bonus strike in one of his at-bats against the Boston Red Sox'on Wednesday.

In the bottom of the third inning, Alvarez was facing Red Sox starter Rich Hill, and he struck out on four pitches. Alvarez took a strike to make it a 1-1 count, fouled off the next pitch and then looked at strike three.

The issue was that no one in attendance at Minute Maid Park noticed that Alvarez had struck out (check out the video here). None of the Red Sox players or coaches protested when Alvarez remained in the batter's box, the other umpires failed to correct the error, and even the announcers carried on without realizing what happened.'

Here's statistical proof of the blunder, courtesy of MLB.com's Gameday.'

The good news for the Red Sox is that the mistake didn't cost them. On the pitch following his would-be strikeout, Alvarez dribbled a routine ground ball to first base for an out.