LOOK: Rat runs on field during Mets vs. Nationals game 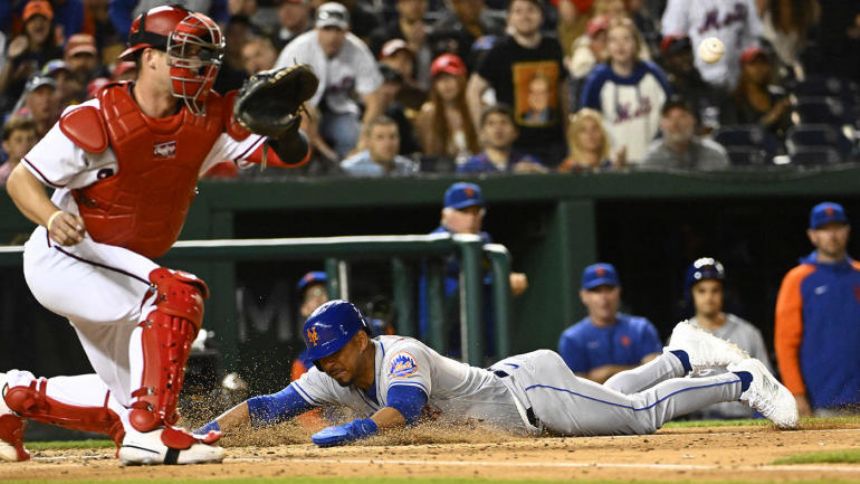 Baseballs fans are familiar with the concept of a rally cap. How about a... rally rat?

During the sixth inning of Tuesday's game between the New York Mets and Washington Nationals, a rat ran through the outfield grass. Shortly thereafter, the Mets pushed three runs across the plate and eventually won the game, 4-2.

In the inning, second baseman Jeff McNeil had a two-run double that tied the game while catcher James McCann hit the go-ahead sacrifice fly that ultimately was the deciding factor. Prior to their rally-filled sixth inning, the Mets had only recorded two hits in the previous five innings.

Gary could only laugh ???? pic.twitter.com/aoxOfZTl2D

"During a game, I've seen birds, cats, everything but rats. First time," Nationals star Juan Soto said after the game.

Some fans in attendance cheered for the rat. It was quite a spectacle, considering that it was Pups in the Park Night at Nationals Park.

The Mets bullpen was able to take care of shutting down the Nationals in the later innings. Starter Carlos Carrasco only surrendered two runs on seven hits in 6 2/3 innings.

We've seen everything from cats to birds make their way onto the field at sporting events, but rats are a rare sighting. Maybe this rally rat may have shown up right when the Mets needed a spark.