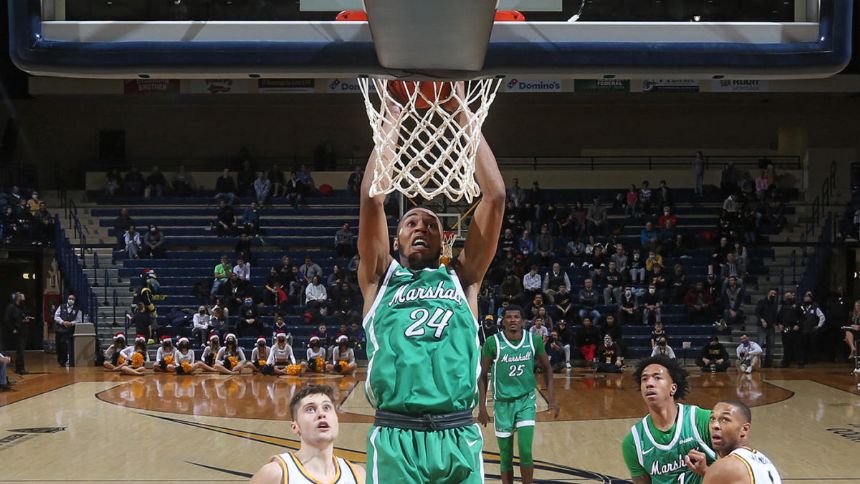 Conference USA play begins on Thursday with a matchup between the Louisiana Tech Bulldogs and the Marshall Thundering Herd at 9 p.m. ET. The Bulldogs are 7-2 since losing starting forward Isaiah Crawford for the year after the third game of the season. The Herd is trying to put an end to a three-game losing streak, but have the top scorer between both teams in guard Taevion Kinsey.

Marshall has dominated the matchups between the two teams in recent seasons, but the one-two punch of freshman Kenneth Lofton Jr. and senior Amorie Archibald should provide plenty of firepower for La. Tech on Thursday. The Bulldogs are favored by 6.5 points in the latest Louisiana Tech vs. Marshall odds from Caesars Sportsbook, and the over-under is set at 155.5. Before entering any Marshall vs. Louisiana Tech picks, you'll want to see the college basketball predictions from the model at SportsLine.

The SportsLine Projection Model simulates every Division I college basketball game 10,000 times. Over the past five-plus years, the proprietary computer model has generated an impressive profit of almost $2,200 for $100 players on its top-rated college basketball picks against the spread. Anyone who has followed it has seen huge returns.

Now, the model has set its sights on Louisiana Tech vs. Marshall. You can head to SportsLine to see its picks. Here are several college basketball odds for Marshall vs. Louisiana Tech:

The result was never in doubt last Wednesday when Louisiana Tech trounced NAIA school, Crowley's Ridge, at home 99-56. Archibald led all Bulldogs players with 20 points, four rebounds and two steals in the win. Lofton scored 14 points with five rebounds, but Keaston Willis was the biggest presence under the boards, with 13 points and seven rebounds.

Louisiana Tech's offensive play has been its calling card this season. The Bulldogs are one of the nation's highest-scoring teams, and score 80.7 points per game. They are also one of the most efficient inside of the three-point line and hit 57.5 percent of their two-point attempts from the field. Even though Lofton only pulled down a handful of rebounds in his last start, he leads the team on the glass this season, and averages 10.2 boards per contest.

Things have been going downhill for the Thundering Herd as of late, and they hope that their 95-63 loss against Toledo last week was rock-bottom. Marshall lost by 15 points in its previous game on December 18 to Northern Iowa, 75-60. Kinsey did what he could for Marshall in a losing effort against the Rockets, with 19 points, eight rebounds and six assists.

In back-to-back games played against La. Tech last season, Kinsey scored 41 points, and had 13 rebounds with 11 assists. Even though Marshall has struggled in recent games, it has been one of the top teams in the country in blocking shots on defense, with an average of 7.2 per game. Obinna Anochili-Killen leads the Herd in that respect, with 4.6 per outing. That ranks second in the nation and Anochili-Killen blocked 10 shots in a win against Jackson State on November 21.

The model has simulated Marshall vs. Louisiana Tech 10,000 times and the results are in. We can tell you that the model is leaning Under, and it's also generated a point-spread pick that is hitting in well over 50 percent of simulations. You can only see the pick at SportsLine.