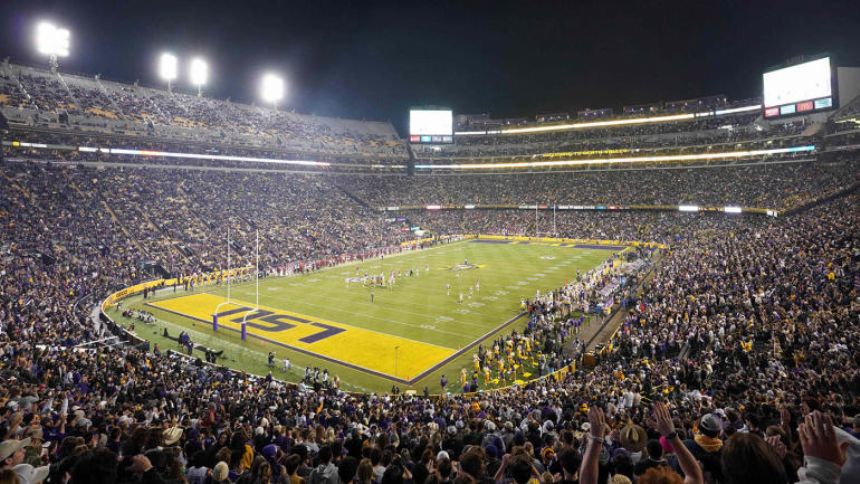 LSU'has been placed on probation for one year, while former offensive line coach James Cregg has been given a three-year show-cause order, following an investigation into Level II recruiting violations that occurred during the extended COVID-19 recruiting dead period, the NCAA announced Wednesday.'

The program also faces several self-imposed penalties, including a $5,000 fine and a reduction in official visits for the 2022-23 calendar year.

Cregg met with a recruit in September of 2020 by arranging a neighborhood tour for the prospect, violating the dead period rules, according to the investigation's findings. Cregg also provided the recruit with a bag of used LSU gear, which is considered an impermissible recruiting inducement. The following weekend, a former LSU assistant director of recruiting picked up the prospect and his girlfriend from their hotel and drove them to the stadium for a tour, also violating the same rules.'

The NCAA's COVID-19 recruiting dead period, which prohibited in-person contact, was created in March 2020 and went through June 1, 2021.

"Although the [committee] has encountered more egregious conduct in past cases, the violations in this case represent intentional misconduct that should be of concern to the membership," said the NCAA infractions panel in its decision. "The COVID-19 recruiting dead period was intended to protect the health and safety of prospects, student-athletes and institutional staff. It also leveled the playing field for recruiting at a time when government-imposed COVID-19 restrictions varied across the country."

Cregg was fired on June 17, 2021, by former Tigers coach Ed Orgeron after he met with a NCAA enforcement official. Cregg then filed a lawsuit against the school for illegitimate cause for termination, and LSU was ordered to pay $492,945.20, according to Daily Advertiser.'

Orgeron and LSU agreed to part ways on Oct. 17, 2021, effective at the end of the season. Brian Kelly was hired to replace Orgeron on Nov. 29, 2021, and he has the Tigers at 2-1 heading into Saturday's game vs. New Mexico in Baton Rouge. Cregg landed on his feet as an assistant offensive line coach for the NFL's San Francisco 49ers prior to the 2022 season.