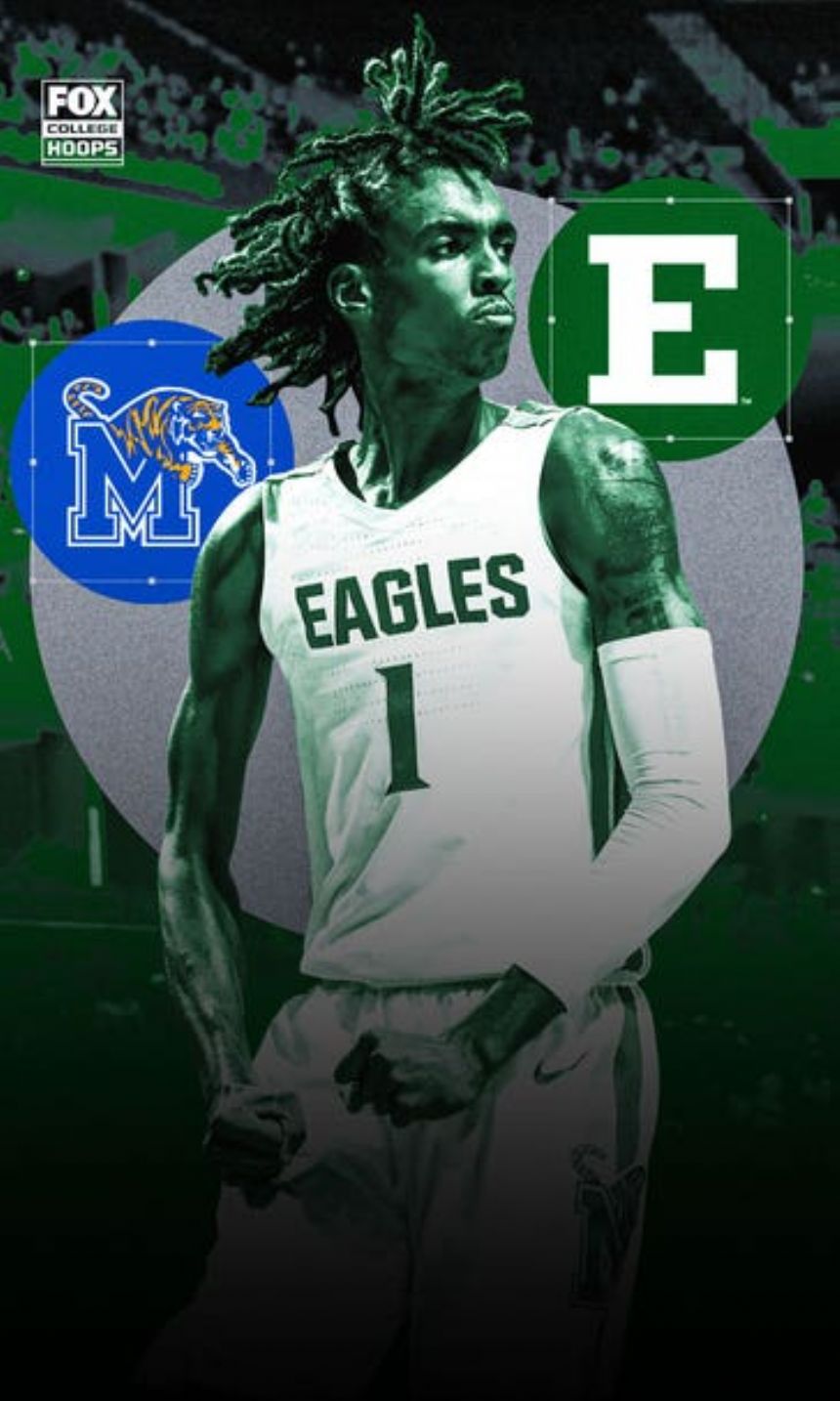 In 2019, Sports Illustrated proclaimed that Emoni Bates was "likely to be a straight-to-the-NBA No. 1 pick and future of the NBA."

On Wednesday night, the same player announced he was transferring to Eastern Michigan after a disappointing freshman season at Memphis.

Bates, the former No. 1 player in the 2022 recruiting class, reclassified to 2021 to play for Penny Hardaway at Memphis, but the 6-foot-9 forward struggled this past season, averaging 9.7 points and 3.3 rebounds per game and playing in just 18 games due to a back injury that sidelined him for 15 contests.

Bates was down to six schools for his second college stop: Arkansas, DePaul, Louisville, Michigan, Seton Hall and EMU. So, why the decision to head to the Eagles?''

Bates is a native of Ypsilanti, Michigan, where EMU is located. He skyrocketed up recruiting rankings during high school, when he powered Ypsilanti Lincoln to a Division I state title in his 2019 freshman season before winning Gatorade National Player of the Year in 2020. He averaged 32.4 points per game that season.

Staying in his home state was the plan originally. Bates committed to Michigan State in June 2020 before decommitting from Tom Izzo in April 2021.'Perhaps heading back to his roots will give him a comfort level to turn all the talk and buzz into results, and a rise toward the 2023 NBA Draft.

Beyond the homecoming, for a guy who was once proclaimed as the NBA's next generational talent to now be heading to the Mid-American Conference to play for a program that has not made the NCAA Tournament since 1998, the decision begs more questions than it does answers. Let's take a look at both sides of the coin.

Bates is a prodigy in Ypsilanti. He will be the show in town, and is immediately the biggest name in the MAC. There won't be any questions of him being able to do what he wants to get better and perform for an EMU program that went 10-21 last season. There's no question that Bates has the physical frame and scoring potential to reach The Association. It's a matter of results. He's going to have to put up big numbers and not just do it solely off volume, but show that he's evolved as a player.''

In an interview with recruiting website On3.com back in May, Bates described what life could be like playing for EMU.''

"People probably look at me crazy because I'm considering Eastern," said Bates. "But if I went there, I would be like the neighborhood hero. I used to play at Eastern during my high school games when I was at Lincoln, and we used to pack it out every time. That would be crazy for me to be able to bring love to the city."

For starters, there's going to be pressure on the hometown kid to live up to the hype that's been talked about for the last several years. He will be surrounded by a lot of noise, and while it's great to be close to family and friends, there are also a lot of eyeballs on him and voices in his ear during such a critical time in his development.

Speaking of that development, simply putting up 18-20 points for a mid-major program will not be enough to change evaluators' opinions on Bates. He's going to have to do more than that, and make winning plays.

That's the other item with this choice, because Bates is not going to be surrounded by high-major talent that would force him to get into a specific role and be a part of a team of skilled pieces around him. It's just a totally different atmosphere at EMU from Arkansas or Michigan. Sure, numbers may happen for Bates, but if he's playing something similar to an AAU style, what difference does that really make in how he's perceived?'

Additionally, it's not as if the MAC is a league you can coast into and dominate. While it's not a power conference, it's a league where some really good college players reside and one that possesses experienced teams. In fact, the MAC champion has accounted for an NCAA Tournament win in three of the last four years.''

It will be interesting to see how EMU head coach Stan Heath, who has been in the industry for over three decades and is entering year two of his fourth college head coaching job, handles the talent level of Bates and the buzz surrounding him.

If this twist of his story leads to Bates finding himself, it would be something out of a movie. It's just so uncommon to see a name this notable in college basketball end up at a place like Eastern Michigan. But, there are real risk factors to this choice as well when it comes to setting himself up for the end goal of reaching the NBA.'

One thing is for certain for Bates: regardless of where he ended up, this has to be the year that the prospect who once was tabbed as the next Kevin Durant turns hype into results.'

John Fanta is a national college basketball broadcaster and writer for AP Sports. He covers the sport in a variety of capacities, from calling games on FS1 to serving as lead host on the BIG EAST Digital Network to providing commentary on The Field of 68 Media Network. Follow him on Twitter'@John_Fanta.