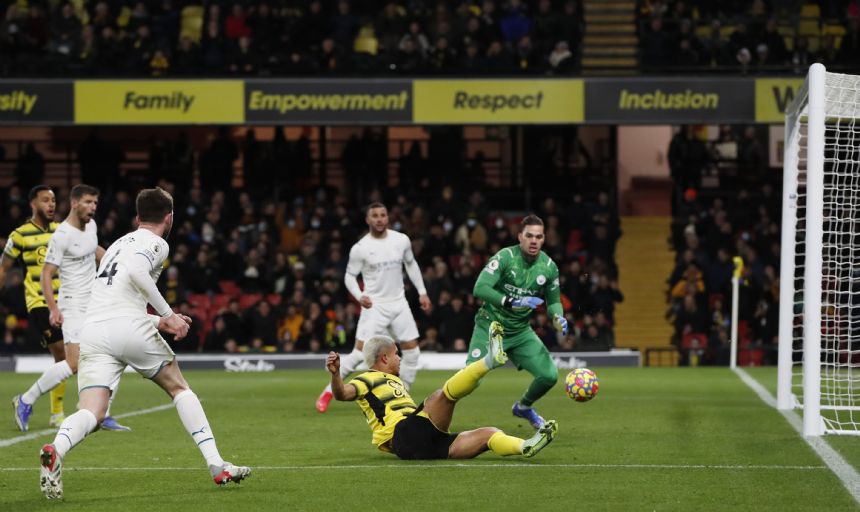 WATFORD, England (AP) - Defending champion Manchester City was on top of the English Premier League for the first time this season after a dominant 3-1 win at Watford on Saturday.

City is one point ahead of Liverpool and two in front of Chelsea after winning its last five league games.

Raheem Sterling put City ahead in just the fourth minute and Silva doubled the lead in the 31st by weaving past two defenders before slotting the ball past goalkeeper Daniel Bachmann.

City completely dominated the first half, with 81% possession, and could have added more goals before Silva got the third with a clever curled effort into the top corner in the 63rd.

Watford pulled one back through Cucho Hernandez, who followed up his own shot after it rebounded off a post, to deny Pep Guardiola's side a ninth clean sheet of the season.