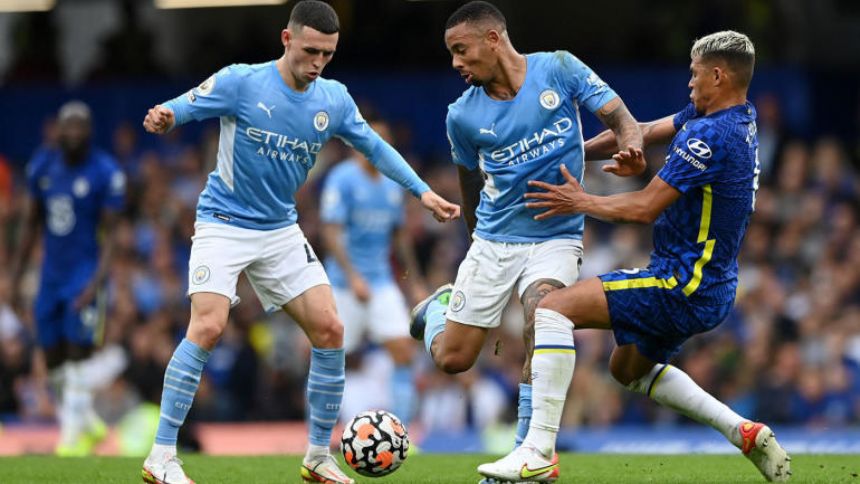 It's a battle of first and second in the Premier League on Saturday as leaders Manchester City face out-of-form Chelsea at the Etihad. In what's a rematch of last season's Champions League final which Chelsea won, City are the clear-cut favorites once again with their incredible form, having won 14 of their last 15 games. This will be their second meeting of the season after playing on Sept. 25, with City winning 1-0 on a Gabriel Jesus goal.

City:After a COVID wave at the club, several players are likely to return, including centerback John Stones, but there have also been more positive tests so it's unclear who may be missing for this big showdown. Manager Pep Guardiola confirmed more positive test results ahead of the game. Meanwhile, Riyad Mahrez is unavailable due to his participation at the African Cup of Nations so it's unclear exactly what type of squad he'll have to work with. In their FA Cup match against Swindon last week, City had seven first-team players and 14 staff members out due to COVID protocols.

Chelsea:The Blues are still without Ben Chilwell and Reece James due to injury, while goalkeeper Edouard Mendy is at AFCON. Center back Trevoh Chalobah is also set to miss with his hamstring knock, while Andreas Christensen misses out due to testing positive for COVID, leaving them a bit thin at the back behind Antonio Rudiger and Thiago Silva.

City are the better, sharper team as of late, and they show it with two goals in the first half that end up being enough.Pick: City 2, Chelsea 1