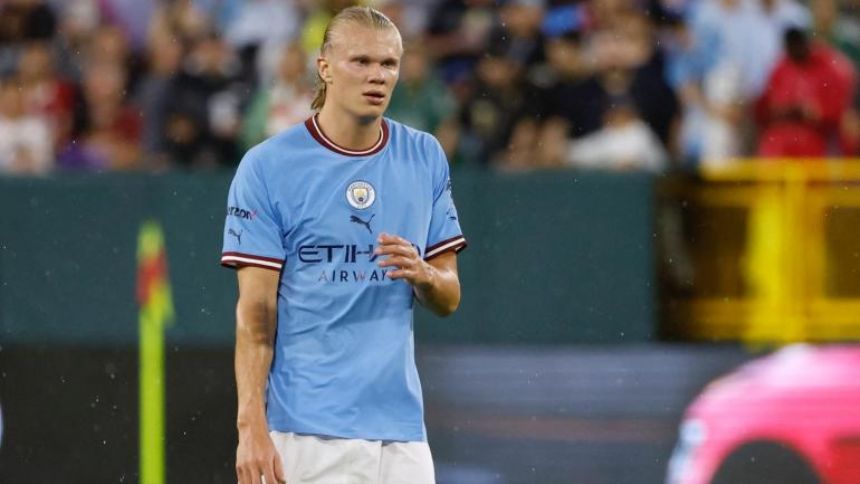 faces a tricky opener to its 2022-23 Premier League season when it visits London Stadium on Sunday to take on . City won its fourth title in five seasons in May, holding off by one point in a fierce battle that came down to the final day. City officially signed Norwegian star less than a month later, and he should have a huge impact on a squad that lacked a true striker last season. Even so, the Citizens lost just three games last season (29-6-3) and were the highest-scoring team in the Premier League with 99 goals. The Hammers were in the mix for a top-four spot into late December, but a sluggish finish left them seventh in the table (16-8-14). The last meeting between these teams in London ended in a 2-2 draw, in the second-last game of the 2021-22 season in May.

Kickoff is set for 11:30 a.m ET. Caesars Sportsbook lists Man City as the -285 favorite (risk $285 to win $100) on the 90-minute moneyline in its latest West Ham vs. Manchester City odds. West Ham is the +750 underdog, a regulation draw is priced at +410, and the over-under for total goals scored is 3.5. Before making any Manchester City vs. West Ham picks or bets, be sure you check out the English Premier League predictions from proven soccer insider Martin Green.'

Now, Green has broken down the West Ham vs. Man City matchup from every angle and just locked in his picks and Premier League predictions. You can head to SportsLine now to see Green's picks. Here are the betting lines and trends for Man City vs. West Ham:

Why you should back Manchester City

With Haaland in the mix, City will be more dangerous, as the 22-year-old scored 86 goals in his 89 matches with . Haaland scored less than 12 minutes into his first game, a 1-0 friendly victory against Bayern Munich at Lambeau Field last month. Argentinian Julian Alvarez, also 22, gives the Citizens another strong option at striker, and he scored the lone goal in a 3-1 loss to Liverpool in the Community Shield last weekend. The strikers will allow City stars like Kevin De Bruyne, and to play in their more natural roles. ' ''

De Bruyne remains one of the world's best midfielders, and he had 15 goals and eight assists last season. City led the EPL in possession (68.5 percent) and shots on target (239) last season. It also tied for fewest goals allowed (26), with Ruben Dias leading the back line in front of star goalkeeper (20 clean sheets last season). City held the ball for 79 percent of the last meeting and had an astounding 31-6 advantage in shots, putting eight of those on target. '

Why You Should Back West Ham

City struggled in last week's loss to Liverpool in the Community Shield, and West Ham manager David Moyes is an astute tactician who was surely taking notes. The Citizens could struggle to adapt to the new lineup early in the season, and they lost their opener to Tottenham last season. The Hammers will want to get off to a strong start in front of their home fans, and they still have the talent up top to score goals. (12 goals, 10 assists), (10 goals, eight assists) and (six goals) were the keys for a squad that scored 60 last season. ' '

Midfielder Declan Rice, 22, is an emerging star and should create plenty of opportunities for the scorers. City is vulnerable on counter-attacks and set pieces, and West Ham excels in both areas. It has scored at least once in the past four league meetings, and the past three matchups in London in all competitions have ended in draws. That includes a 0-0 stalemate in the fourth round of the 2021-22 League Cup last October. The Hammers beat the reigning cup champions on penalty kicks. West Ham went 9-5-5 at London Stadium last season with a 33-26 goal differential.

How to make EPL and West Ham vs. Man City picks

Green has scrutinized the Manchester City vs. West Ham match from every angle, and he is leaning over on the goal total. He also provides three confident best bets and has a full breakdown of the match. He's only sharing his full analysis and EPL picks here.

So, who wins West Ham vs. Manchester City in Sunday's English Premier League opener? And where does all the betting value lie? Visit SportsLine now to see the best bets for the Man City vs. West Ham match, all from the European soccer expert who has generated almost $35,000 for $100 bettors over the past four seasons, and find out.