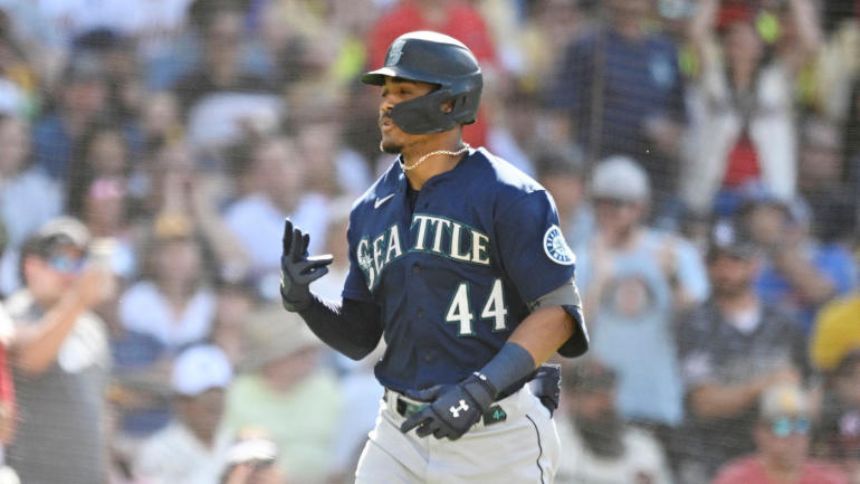 Seattle Mariners wunderkind Julio Rodriguez entered the season as one of the very best prospects in baseball and he is living up to the hype. Monday evening Rodriguez launched a 429-foot home run into the third deck of the Western Metal Supply Building in left field at Petco Park (GameTracker). It's quite a poke to hit it up there.

Monday's home run was Rodriguez's 15th of the season and it made some obscure history. Rodriguez reached 15 career home runs and 20 career stolen bases in 81 games, the fastest of any player in history. Here are the five fastest to reach those two milestones:

That's some nice company. Bonds is an all-time great, Davis is one of the most electrifying players of the last 40 years, and Burks had a very productive 18-year career. Daniels was a damn good player, too. He retired with over 100 homers and a career .285/.382/.479 batting line in parts of seven seasons. There's also this:

If not for Houston Astros rookie shortstop Jeremy Pena, Rodriguez would be the runaway favorite for the AL Rookie of the Year award. Pena has been excellent as well, and we could be heading for a Rookie of the Year race similar to 2015, when Carlos Correa edged out Francisco Lindor in one of the closest voting finishes ever.