Mariners' Julio Rodriguez placed on IL with lower back strain 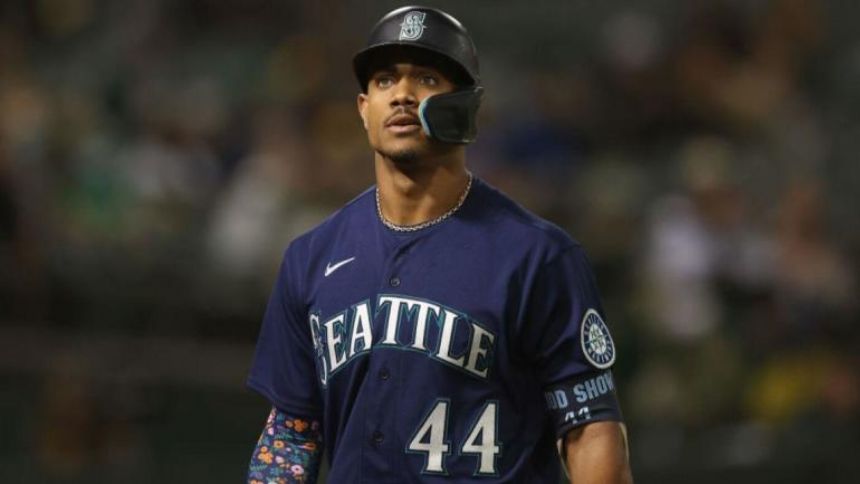 The Seattle Mariners have placed rookie outfielder Julio Rodriguez on the injured list, the team announced Friday. The move comes just a day after he exited Seattle's game in the first inning against the Oakland Athletics because of back tightness. Reports Friday indicated the Mariners expect Rodriguez to return before the end of the regular season, scheduled for Wednesday, Oct. 5.

Rodriguez had recently missed three games because of his back. He underwent an MRI Friday in Kansas City, where the Mariners play this weekend.'

"Concerning," Mariners manager Scott Servais told ESPN on Thursday. "It's the same area in the low back. He'll get work up [Friday] when we get to Kansas City, get an MRI and pictures of that."

Rodriguez, 21, has been a sensation this season for the upstart Mariners. In his first 129 contests, he has hit .280/.342/.502 (144 OPS+) with 27 home runs and 25 stolen bases (on 32 attempts). Rodriguez's contributions have been worth an estimated 5.7 Wins Above Replacement, according to Baseball-Reference.com. He remains the presumed frontrunner for the American League Rookie of the Year award.

The Mariners entered Friday with a 82-67 record on the season, putting them in position to claim the third and final wild card spot in the AL. The Mariners are a half-game back of the Tampa Bay Rays for the second wild card spot, and 1 1/2 games back of the Toronto Blue Jays. Meanwhile, the Mariners possess a four-game lead over the Baltimore Orioles, the first team on the outside looking in. With just 13 games left to play, the Mariners seem more likely than not to make their first postseason since 2001, thereby breaking the longest playoff drought in the sport.

The Mariners will conclude their final road trip of the regular season against the Kansas City Royals this weekend.'