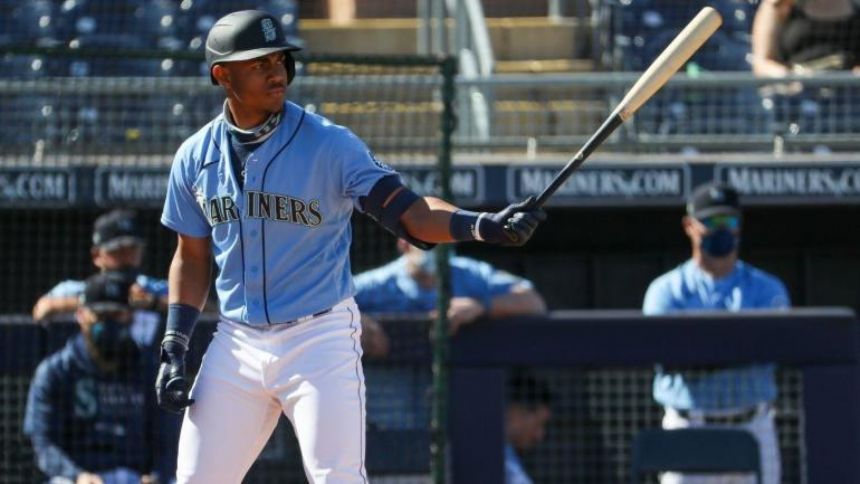 That journey finds us today focusing on the Seattle Mariners' farm system.

Rodriguez fits the right-field prototype with a middle-of-the-order offensive projection and a strong arm. He has well-above-average power and a better feel for contact than most with this profile. Indeed, Rodriguez struck out in just 18 percent of his plate appearances during his 46-game introduction to Double-A last season, an impressive piece of business for someone who can't legally drink until Dec. 29. The Mariners have shown they're more than willing to manipulate the service time of their top prospects to save a buck, suggesting they'll likely do the same thing with Rodriguez. Nonetheless, he should debut in the majors before the season is out.

Marte, who recently celebrated his 20th birthday, spent most of 2021 in a league where the average player was two years his senior. It didn't matter, as he batted .271/.368/.462 with 17 home runs and another 24 doubles. Scouts are projecting Marte to grow into a plus hitter thanks to his hands and the natural loft in his swing. The concerns with his game revolve around his defensive position. He has the arm strength to stick on the left side, but he might have to slide over to third base. Marte's offensive forecast is such that he'll still rank highly even if that proves to be the case.

No doubt about this one from Mariners No. 6 prospect Noelvi Marte. pic.twitter.com/NoOPQag6hC

The Mariners chose Kirby with the 20th pick in the 2019 draft, making him the highest-selected player ever from Elon University. He's since rewarded their faith by developing into one of the best pitching prospects in the sport. Kirby split last season across High- and Double-A, posting a 2.53 ERA and a 5.33 strikeout-to-walk ratio. He's more than a statistical wonder; he's upped his velocity without sacrificing control (he's walked fewer than two batters per nine innings as a professional) or the sheer breadth of his arsenal. His combination of stuff and polish should allow him to become the first of a few incoming arms to debut for the Mariners.