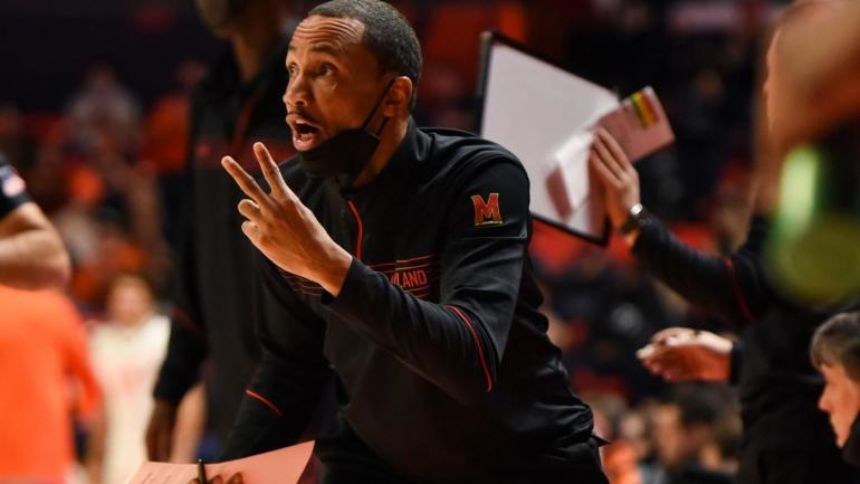 Maryland basketball assistant Bruce Shingler's 30-day suspension, which was announced by the school Wednesday night, came following an October arrest on charges ofsoliciting a prostitute, according to legal documents obtained by multiple media outlets. Shingler, 40, is a Maryland native in his first season with the Terrapins after spending five seasons as an assistant at South Carolina.

When Maryland announced Shingler's suspension, it cited "a violation of his employment agreement."

Shingler allegedly responded to an advertisement posted by an undercover law enforcement officer on the "women seeking men" page of a website, The Baltimore Sun reported. He and the detective exchanged texts, agreeing to meet at a hotel in Largo, Maryland. Once at the hotel, police said Shingler agreed to pay $80 for sex before an arresting unit was alerted, according to the documents obtained by The Sun. He is set for a Feb. 28 trial date.

The suspension for Shingler comes after the Maryland coaching staff was rocked on Dec. 3, when 11th-year coach Mark Turgeon resigned just eight games into the season. First-year assistant Danny Manning, the former head coach at Wake Forest, has been serving as interim head coach. The Terrapins (9-7, 1-4 Big Ten) beat Northwestern 94-87 in double-overtime on Wednesday night.

Shingler worked as an assistant at Towson and Morgan State, both of which are also in Maryland, before taking a job on Frank Martin's South Carolina staff in 2016. Turgeon announced on June 7 that he was adding Shingler to staff. But the futures of Manning, Shingler and the rest of Maryland's staff remain uncertain as the school conducts a search for Turgeon's replacement.