MATCHDAY: Man U gunning for Arsenal in title race clash 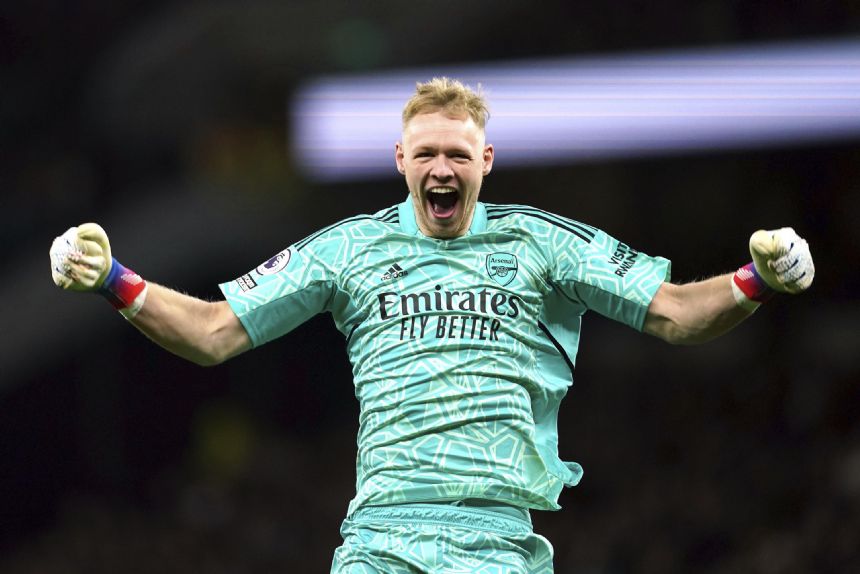 A look at what's happening in European soccer on Sunday:

Arsenal hosts Manchester United at Emirates Stadium in a match that could blow the Premier League race wide open. A win for United would see it move to within five points of the leader and give hope to Manchester City and Newcastle that the London club can be caught. City has the chance to cut Arsenal's lead to two points before that game is even played when the reigning champion hosts Wolverhampton earlier. Leeds also faces Brentford.

Real Madrid faces an always tough trip to Athletic Bilbao while leader Barcelona hosts Getafe. Madrid is looking for a convincing win after losing its last league game at Villarreal. Bilbao will be without first-choice center backs Inigo Martinez and Yeray Alvarez. Xavi's Barcelona leads Madrid by three points. The frontrunners will be without Robert Lewadowski and Ferran Torres who are suspended. Getafe coach Quique Sanchez is under pressure after losing two straight and only four wins in 17 league games. Villarreal can pull back level on points with fourth-placed Atletico Madrid if it beats Girona, while Osasuna is at Elche.

Juventus hosts in-form Atalanta two days after being hit with a 15-point penalty for false accounting. The penalty dropped the Bianconeri from third place into the bottom half of Serie A and 12 points out of the Champions League places. Jose Mourinho's Roma visits Spezia and Silvio Berlusconi's Monza hosts Sassuolo.

The Bundesliga's Borussias resume their campaigns after the winter break with Dortmund hosting Augsburg and Monchengladbach entertaining Bayer Leverkusen for a local derby. Dortmund spirits are high after finally convincing 18-year-old forward Youssoufa Moukoko to extend his contract and its surprise signing of Union Berlin defender Julian Ryerson as cover for injured right back Thomas Meunier. But the best news is Sebastien Haller's return six months after he was diagnosed with testicular cancer. It remains to be seen if the Ivory Coast striker will feature on Sunday after undergoing two operations and chemotherapy. Gladbach will have a new goalkeeper against Leverkusen after selling Yann Sommer to Bayern Munich, with Jonas Omlin coming from Montpellier to replace his Swiss compatriot. Florian Wirtz could make his long-awaited season debut for Leverkusen after recovering from his left knee injury.

French Cup holder Nantes continues its trophy defense with a visit to amateur side Thaon for a place in the round of 16. Six-time winner Lille looks to continue its recent scoring form when it hosts second-tier Pau, while French league contender Lens visits Brest in an all-first division game.