Max Scherzer takes generosity to the max with Double-A teammates 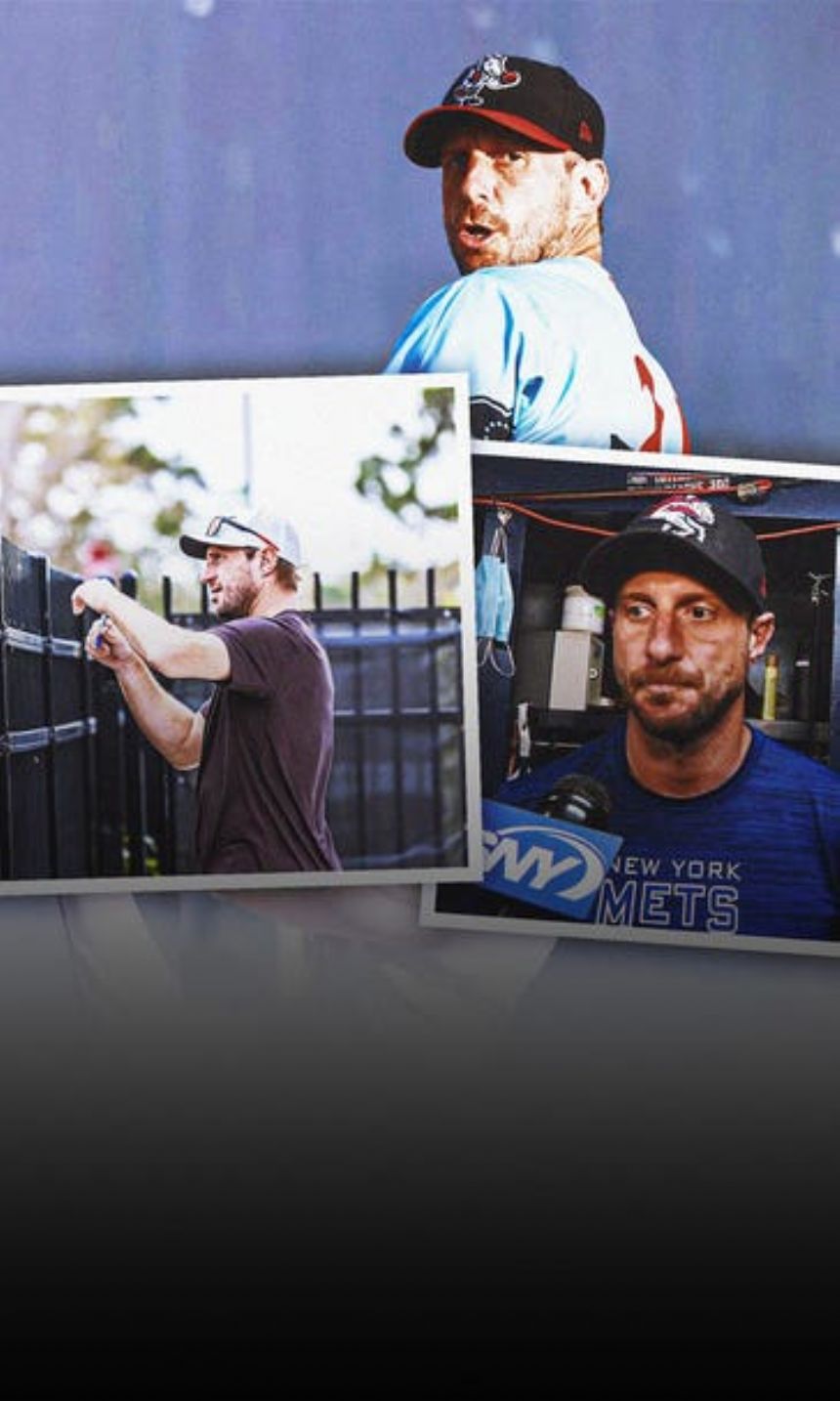 Max Scherzer has worn a few different hats in his esteemed, Hall of Fame-worthy career. Since making his debut with Arizona in 2009, he has been a D-Back, a Tiger, a National, a Dodger and now a Met. Before that, he was a Missouri Tiger, a Fort Worth Cat and a Toledo Mudhen.'

But until last week, Max Scherzer never had the honor of calling himself a Binghamton Rumble Pony.'

The 37-year-old Mets ace, who has been on the IL since May 18 with an oblique injury, made his second of two rehab starts for the Mets' Double-A affiliate on Wednesday night. Though he was limited to just 80 pitches, Scherzer appeared healthy and is expected to return to Queens in the coming days. CapperTek has compiled the largest directory of sports handicappers on the planet, make sure you check it out!

Besides the hilarious juxtaposition of a generational hurler pitching in a Double-A park while wearing "Rumble Ponies" across the chest, Scherzer's short tenure in the minors left a real mark on his Binghamton teammates.

Whenever a big leaguer makes a rehab appearance in the minors, it's typical for said player to purchase the pre- or postgame spread. It's one of those gracious gestures that's also an expectation, baseball's version of a wedding gift. Anybody with MLB service time should have enough spare cash to provide minor leaguers with an upgraded cornucopia for an evening.

But on Wednesday night, after the Rumble Ponies' 8-3 win in Connecticut over the Hartford Yard Goats, Mad Max went above and beyond. According to those familiar, Scherzer, who has earned more than $250 million in his career, shelled out big cash for a locker room feast that included bone-in ribeye, filet mignon and lobster. Whereas a normal postgame dinner would be limited to just one folding table, Chateau Scherzer was a three-to-four folding table situation. The approximate dollar figure tossed around the clubhouse was upward of $7,000.'

"They're eating well tonight," Scherzer said to the media after his start.'

Scherzer's fortnight in Binghamton is the second notable rehabbing Mets ace minor-league story in two seasons. Last June, when Jacob deGrom was coming back from one of his many ailments, he made a comically dominant two-inning start for the Low-A St. Lucie Mets against the Palm Beach Cardinals. Opposing hitters compared that experience to a video game on hard mode.

Even though he's ruthless and intense on the mound, Scherzer has a reputation around the game as a phenomenal teammate and an outstanding clubhouse guy. He was intimately involved in the recent CBA negotiations during the lockout and is easily one of the more outspoken voices and active participants in the MLBPA. And with minor-league pay and living conditions still a major issue that the league has yet to fully rectify, it's no surprise that Scherzer was courteous during his two-start stint with the Rumble Ponies.

But still, he went above and beyond.

Two days after his first start with Binghamton, players came into the locker room and found an unexpected present from the heterochromatic hurler.'

"He bought everyone AirPods," a source around the team told AP Sports. "We walk in and there's a clubbie just handing out AirPods saying they're from Max."

In a week, one of the most dominant pitchers of his era will be back on a major-league mound flummoxing hitters left and right. The Mets eagerly await his return. Once 11 games clear in the NL East, the club is now just 3.5 games up on Atlanta entering play on Friday. If the Mets are to be what the Mets want to be, they'll need Max Scherzer healthy and roaring full hog.

When it's all done and dusted and Scherzer is sharing tales and thank-yous from a wooden podium on a hot summer day in Cooperstown, New York, his time in Binghamton probably won't get a mention. It'll be a small footnote in a magnificently rich career. But while the Max Scherzer Rumble Pony Era might be lost to the sands of time, his Secret Santa activities should live on forever in the hearts of Greater Rumble Pony Nation.

"I already had some nice wireless headphones," one individual told AP Sports. "But my dad was using these old wired headphones, so I gave the AirPods to him."

Mad Max? More like Kind Max, am I right?