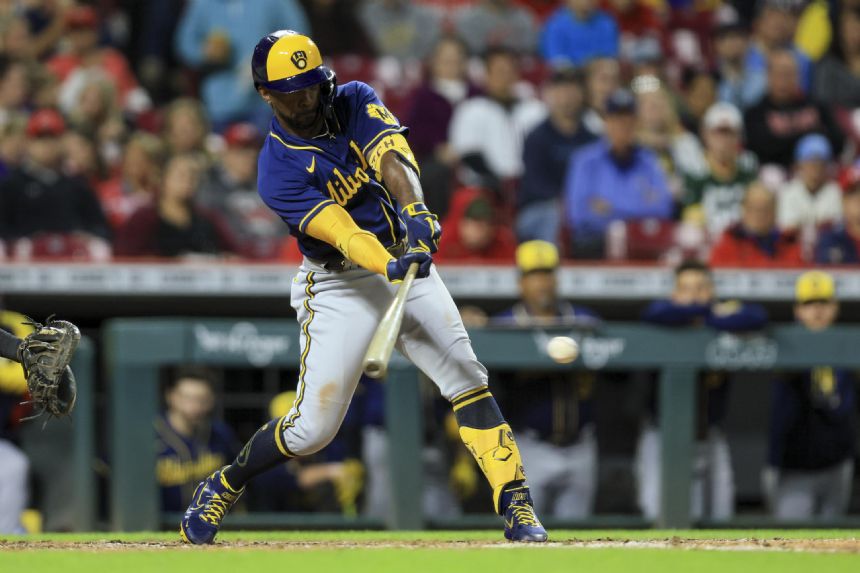 McCutchen put the Brewers ahead to stay when he drove in Rowdy Tellez with a fielder's choice in the fifth inning. The five-time All-Star made it 5-2 with a two-run double in the seventh, running his total to 1,002 RBIs.

Milwaukee (81-70) earned its third consecutive win. Heading into the day, the Brewers trailed Philadelphia by 2 1/2 games for the third NL wild card.

Luis Perdomo (3-0), Milwaukee's second pitcher, tossed 3 1/3 innings of one-hit ball. Matt Bush surrendered an unearned run in the eighth before Devin Williams got four outs for his 14th save. Williams fanned the side in the ninth.

Cincinnati lost for the 12th time in 15 games. Kyle Farmer hit a two-run double, and Stuart Fairchild had two of the Reds' seven hits.

Milwaukee left-hander Eric Lauer pitched 2 2/3 innings in his first start since Sept. 7 after being sidelined by elbow tightness. He allowed two runs and five hits with three walks and three strikeouts.

The Brewers tied the game in the second on Victor Caratini's RBI double and right fielder Aristides Aquino's throwing error.

Cincinnati right-hander Luis Cessa (4-4) pitched 4 2/3 innings in an emergency start after Mike Minor was placed on IL with left shoulder soreness. He was charged with three runs, two earned, and six hits. He also tied a career high with four walks.

The Reds (59-92), trying to avoid the second 100-loss season in franchise history, have lost seven of their last eight home games.

Brewers: RHP Freddie Peralta (right shoulder) is Sunday's scheduled starter. Peralta has been out since May 23.

Reds: INF Donovan Solano was scratched from the lineup because of an eye infection.

Milwaukee RHP Corbin Burnes (10-8, 3.12 ERA) starts on Saturday night after he struggled in his previous outing against the New York Mets, allowing five runs in 5 2/3 innings. Reds RHP Graham Ashcraft (5-3, 3.97 ERA) will be activated from the injured list for his first start since Aug. 19. He had been sidelined by right biceps soreness.