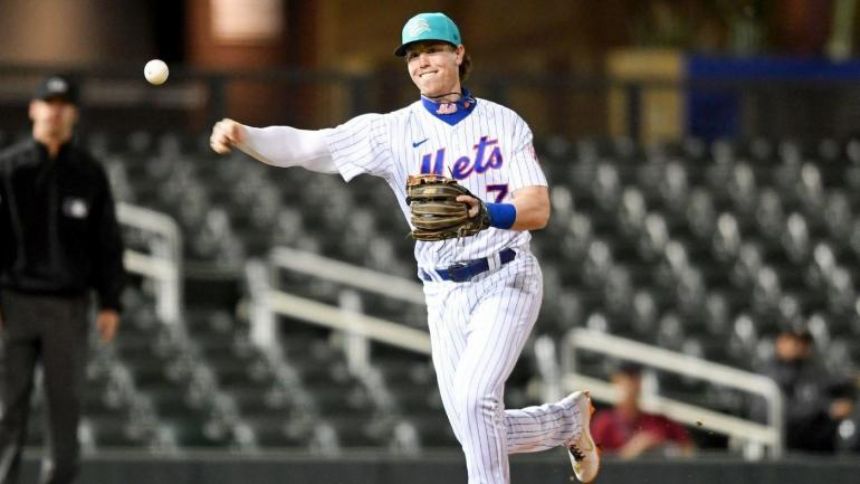 That journey finds us today focusing on the New York Mets' farm system.

The first of two Mets prospects on the list, Alvarez only turned 20 years old in November. Despite his youth, he hit .272/.388/.554 with 24 home runs across two levels in 2021. Part of Alvarez's season included a stint with the St. Lucie Mets. It was then that he posted the highest average exit velocity the league saw all season -- and that league included the likes of Jordan Walker, Anthony Volpe, and Austin Hendrick. It's rare to see such offensive potency from a young backstop who is certain to remain behind the plate. Alvarez figures to open the year in Double-A; he's one to watch.

Some evaluators in the industry expressed skepticism when the Mets drafted Baty 12th overall in 2019. Their criticism had less to do with him as a player and more to do with his age, as he was hurtling toward his 20th birthday despite being a high-schooler. Baty did well to quiet concerns in his first full pro season, batting .292/.382/.473 with 12 home runs and 22 doubles across High- and Double-A. Baty's boosters see a strong-bodied third baseman who could be a plus hitter. There are some areas of concern to keep in mind with him, however, as his strikeout (25.6 percent) and ground ball (61.2 percent) rates at Double-A suggest he wasn't maximizing skill set, especially considering his well-above-average raw juice.

Mauricio split the season between High- and Double-A, hitting .248/.296/.449 with 20 home runs and more than 4.3 strikeouts per walks -- a great ratio for a pitcher, not so for a hitter. Mauricio's approach could use refining, clearly, but his power potential, his youth (he won't turn 21 until next April), and the likelihood that he remains on the left side of the infield (be it short or third base) earn him a wide berth.