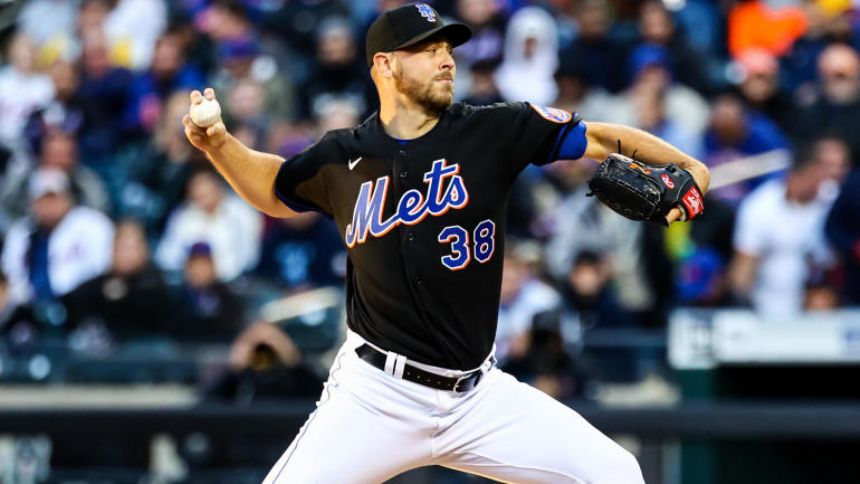 The New York Mets on Friday placed right-hander Tylor Megill on the 15-day injured list after MRI revealed a strain in his throwing shoulder. The club also announced that Megill will be shut down from throwing for at least four weeks and then be re-evaluated. As such, his time-table for a return is not known right now.'

Megill just recently returned from a month-long stay on the IL because of a biceps inflammation, but he struggled badly in his last two starts. Overall, this season the 26-year-old Megill has pitched to a 5.01 ERA with a 4.27 K/BB ratio across nine starts. After his first five starts of the season, Megill boasted a sub-2.00 ERA, but his performance has eroded significantly since then, likely because of those arm woes.'

The first-place Mets have thrived this season in spite of a rotation that's had trouble staying healthy. Ace Jacob deGrom has yet to pitch in 2022 because of a stress reaction in his scapula that he suffered late in spring training. As well, co-ace Max Scherzer has been sidelined since May 18 with a strained left oblique.'

Right now, the Mets' rotation consists of Carlos Carrasco, Taijuan Walker, Chris Bassitt, and David Peterson. Thanks to a spate of upcoming off days, they likely won't need a fifth starter for the near-term. However, heading into the All-Star break, the Mets will play 17 games in 17 days.'