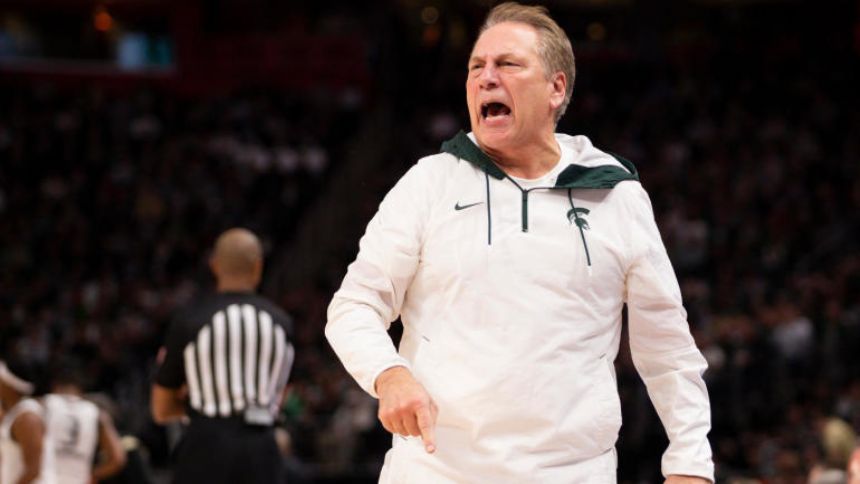 Big Ten college basketball action gets underway when Northwestern (8-6) and No. 10 Michigan State (14-2) face off on Saturday afternoon. Northwestern is currently in a slump, dropping four straight contests. The Wildcats lost a double-overtime battle to Maryland 94-87 their last time out. Michigan State has strung together a nine-game win streak. The Spartans escaped with a 71-69 win over Minnesota on Wednesday.

Tipoff is set for noon ET. The latest Michigan State vs. Northwestern odds from Caesars Sportsbook list the Spartans as 7.5-point favorites, while the over-under for total points is set at 145. Before making any Northwestern vs. Michigan State picks, you need to check out the college basketball predictions and betting advice from the SportsLine Projection Model.

Now, the model has set its sights on Michigan State vs. Northwestern, and just revealed its picks and CBB predictions. You can visit SportsLine now to see the model's picks. Here are the college basketball odds and trends for Northwestern vs. Michigan State:

Michigan State has a formidable frontcourt. Senior forward Gabe Brown has been the best player for the Spartans this year. Brown is leading the team with 14.4 points while snagging 4.6 rebounds per game. He has shot the ball well from downtown, knocking down 39 percent of his 3-point attempts. The Michigan native logged double-digit scoring outings in 11 straight games.

In the win over High Point, Brown dropped a season-high 24 points, seven boards, and two steals. He was on fire from downtown, shooting 6-for-13 from beyond the arc. Senior forward Marcus Bingham Jr. is averaging 10.2 points and 7.4 boards. He is also ranked third in the Big Ten in blocks (2.9). Bingham Jr. has registered three double-doubles thus far.

Senior forward Pete Nance is leading the team in scoring (17.1) and rebounds (7.7). Nance has been efficient, shooting 51 percent from the field and 46 percent from three. The Ohio native has scored at least 20 points in four different matchups. Nance had a monster performance in the loss to Minnesota. He logged a season-best 28 points, 14 rebounds and four assists.

Junior guard Boo Buie is second on the team in scoring (14.8) and first in assists (5.8). Buie has hit at least three 3-pointers in four games thus far. The New York native had his best outing in the loss to Penn State. Buie tallied 22 points with eight assists. He also shot a season-best 5-for-8 from three.

SportsLine's model is leaning under on the total, projecting the teams to combine for 142 points. It also says one side of the spread is hitting almost 60 percent of the time. You can only get the model's pick at SportsLine.