Mike Tomlin welcomes Antonio Brown to retire with Steelers, opens up about what made former All-Pro WR special 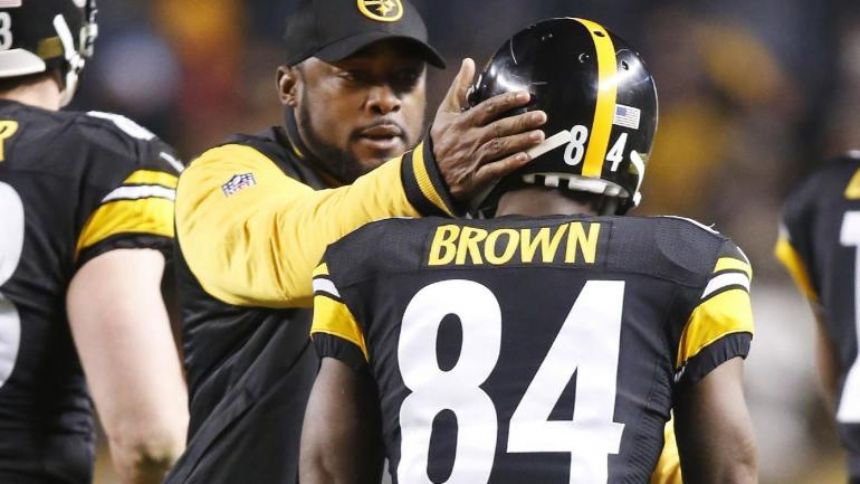 Mike Tomlin doesn't find it productive to entertain talks of Antonio Brown ever returning to play for the Steelers. The former All-Pro receiver may sign a one-day ceremonial contract to retire a Steeler, but the days of wearing the black and gold as a player are in the past.'

"He's moved on, we've moved on," Tomlin said of Brown on The Pivot Podcast.'

The Steelers' veteran head coach was much more open to discussing what it was like to watch Brown's transformation from an unheralded rookie to the league's best receiver during their nine seasons together in Pittsburgh. The franchise's single-season record holder for catches, yards, and touchdowns, Brown earned seven Pro Bowl selections, four All-Pro nods and four team MVP awards during his time with the Steelers.'

Tomlin believes Brown was, at one point, "the best punt returner on the planet." Brown returned four punts for scores as a Steeler, and in his very first NFL regular season game, Brown returned a kickoff 89 yards for a score.'

"The first time he touched the ball in an NFL football game, he ran a kickoff back," Tomlin said of that play. "I had a ringside for all of that special stuff. And so when people want to talk about craziness or talk about negativity as it pertains to him, I choose not to participate. I've got so many other things to talk about."

Tomlin, who continues to be in communication with Brown, said he watched Brown mature as a person as well as a football player. He recalled how he and other members of the team helped Brown raise his first son during his first NFL season. Brown was naive upon his arrival into the NFL, Tomlin said, something that obviously changed as Brown's play and popularity soared over his time in Pittsburgh.'

Brown has has his trials upon arriving to stardom, something Tomlin acknowledged during the podcast. Tomlin also acknowledged that Brown has overcome obstacles to become the current version of himself. He hasn't handled everything the right way, but as Tomlin alluded to in the podcast, nobody does.'