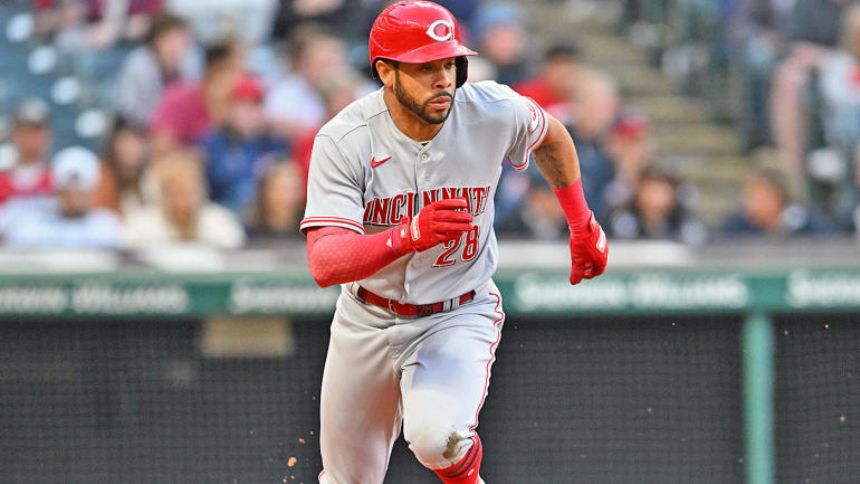 Prior to Friday night's game in Cincinnati, reports surfaced that there was an on-field altercation between Giants outfielder Joc Pederson and Reds outfielder Tommy Pham.'

Now, beefs between teams and/or individual players aren't uncommon in baseball. We know this. The Pham-Pederson thing, however, seems like a new one.'

Apparently, Pham slapped Pederson and the issue stems from a Fantasy Football league.'

Tommy Pham slapped Joc Pederson "Will Smith-style" during Reds batting practice on Friday, according to multiple sources. The Reds scratched Pham shortly before the game started at 8:48 after a rain delay https://t.co/sxHqurxcYi

Yes, both the Reds and Giants beat writers from The Athletic report that the problem between Pham and Pederson arose in a Fantasy Football league that includes several players from many different MLB teams. It seems Pham was angry enough to slap Pederson.'

In serious matters, the Reds did scratch Pham from the lineup on Friday and MLB is investigating the matter, so it's possible a suspension will follow.'

In less serious matters, we need to examine the Fantasy Football component here. There was the added week to the schedule this season, so most fantasy leagues were able to expand their regular season by a game and that made the playoffs go a little deeper into the calendar than usual. Still, no one should still be playing meaningful Fantasy Football in the last week of the NFL regular season. Everyone knows that. This means the fantasy Super Bowls should have been played Week 17, which was Sunday, Jan. 2 and Monday, Jan. 3.'

Even if Pederson did something to infuriate Pham during the Super Bowl, we're talking about holding on to these negative feelings -- to the point that a physical confrontation happened -- for nearly 20 weeks. Twenty!'

Now, there is the likelihood that there were issues due to trades or possibly nefarious waiver-wire activity (it's why you should only play with your most trustworthy of friends). Maybe there was even collusion involved (Joc and another owner just trading all their studs to one team?), which is frankly just unforgivable.'

Of course, there is also the possibility that this is actually over money, as in perhaps Pham won money via the league or side bets and Pederson never paid up? In which case, the anger -- but obviously not the slap -- are perfectly defensible.'

Or was it just trash talk? If so, Pham needs to lighten up.'

Regardless, this seems like a story worth following. There is the serious front, where it's possible Pham will be disciplined by the league. That certainly matters. Given that the Reds have the worst record in baseball by a pretty decent margin, however, I'm gonna need an inside story on the Fantasy Football crime.'