MLB lockout: Four things to know as talks between owners and players get serious in January 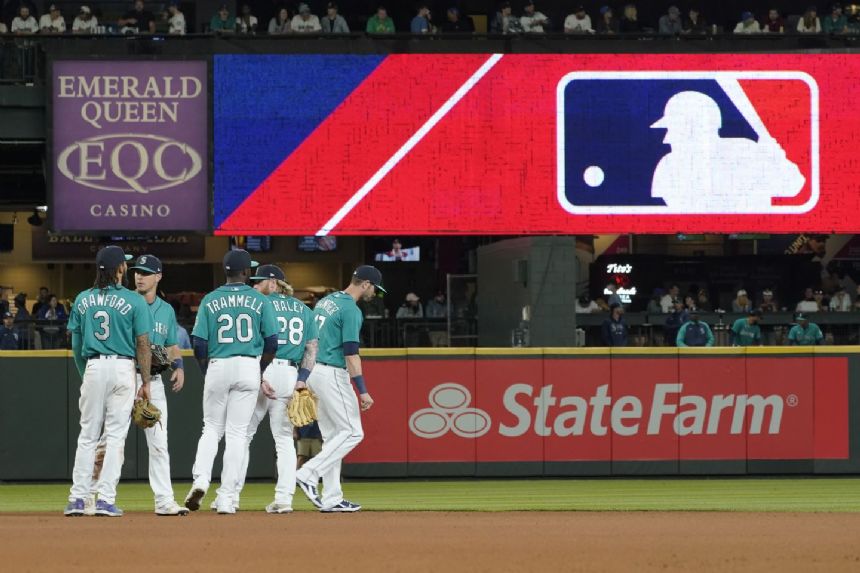 The owner lockout that has halted Major League Baseball has now spanned into its second month and the new year. There's been precious little movement on the major issues since the labor stoppage became official just after midnight on Dec. 2, but the hopeful presumption is that the intensity of talks ramps up now that we're clear of the holidays.

Given this important juncture, it's time for a reset, and we're here to press that particular button. So as we move forward deeper into the offseason and the owner lockout, here are four considerations that set the scene for what's to come - and what's to come is, one hopes, a new collective bargaining agreement and a 2022 season that proceeds on schedule and in full. Forthwith? Forthwith.

Talks should get serious in January

The radio silence since the owner lockout commenced is duly noted, but that's about to change. Here's part of a recent dispatch from Evan Drellich of The Athletic:

"It's been a long December in the baseball world, and there's no reason to believe that's about to change. Major League Baseball and the Players Association are unlikely to talk core economics until January, people with knowledge of the talks said."

Drellich also reports that owners and the union before the new year were set to discuss matters of relatively lesser importance. That's notable because at the very least discussions took place even if those discussions didn't address the thornier issues upon which agreeing to a new CBA will hinge. At the very least, there's some communication and "soft" negotiating going on.

Those 'core economics' are complicated

What's ahead, however, is a veritable thicket. Given that the average player salary has declined in the face of ever-soaring franchise values, the union wants to remake the economic structure of the game. The players' wish list is too expansive to be addressed in a single CBA negotiation, but you should expect that their energies will be focused on getting young players paid more and paid sooner.

Younger players in terms of on-field value are, as a group, better than older players, but the antiquated salary structure, which is driven by tenure rather than capability, doesn't reflect that. Right now, almost all players are entitled to no more than the major-league minimum until they have three years of MLB service time, at which point they become eligible for arbitration. To put a damning point on it, AL MVP finalist Vladimir Guerrero Jr. made just $605,400 this season (compared to the current minimum salary of $570,500), which means he was underpaid relative to his production by tens of millions of dollars.

For the union, this can be addressed in multiple ways. The clearest path would be to fight for a significant increase to the minimum salary. Right now, the MLB minimum trails those of the NFL, NBA, and NHL, and that's not a trend the Players Association should permit to continue. In an ideal world, the union would put a large chunk of its negotiation capital into doubling the minimum, or thereabouts. Not only would such a jump in the minimum raise the de facto salary floor by a significant margin but it would also provide the underclass of players who never make it to arbitration and free agency with much more financial security. That's especially important as the average career length in MLB trends downward. In lieu of a major increase to the minimum (or in addition to), the players could angle to lower the bar for arbitration eligibility back to two years (where it was during the early existence of the process) and or press to lower the service-time requirements for free agency.

At the same time, discussions will be taking place on how to address the tanking phenomenon and the status of the luxury tax on payrolls moving forward. The owners are largely pleased with the status quo and will be resistant to such changes. In matters related, they're fond of making proposals that don't in any way address the players' leading concerns, and that will remain an impediment when it comes to getting a new CBA.

These are complicated matters that won't be easily resolved, but these discussions have been going on for years, at least in general terms. There's at least a foundation in place, even if there's much work to be done.

The players may have some leverage for the time being

Negotiations leading up to the COVID-shortened 2020 season served to galvanize the players, and the mass of signings leading up to the owner lockout means less uncertainty for several high-profile free agents. All of that, in turn, makes it less likely that there will be divisions within the ranks of players. Beyond those factors, veteran players like union rep Max Scherzer sound fully committed to fighting for the rights of younger and less tenured players during these negotiations. That means fewer class schisms that management can exploit.

Time will soon be running short

Should we get into the second week of February or thereabouts without a deal, then the possibility of a compromised spring training becomes a concern. This again plays into the leverage that players may have right now. Spring training games at sites in Arizona and Florida have become a profit center for teams, and they don't want to lose those games. Players, meantime, don't start getting checks until the regular season begins. So the prospect of a shortened spring training figures to increase pressure on the league side to get a deal done.

That's a situation that bears close monitoring as discussions take on a more important tone in January.