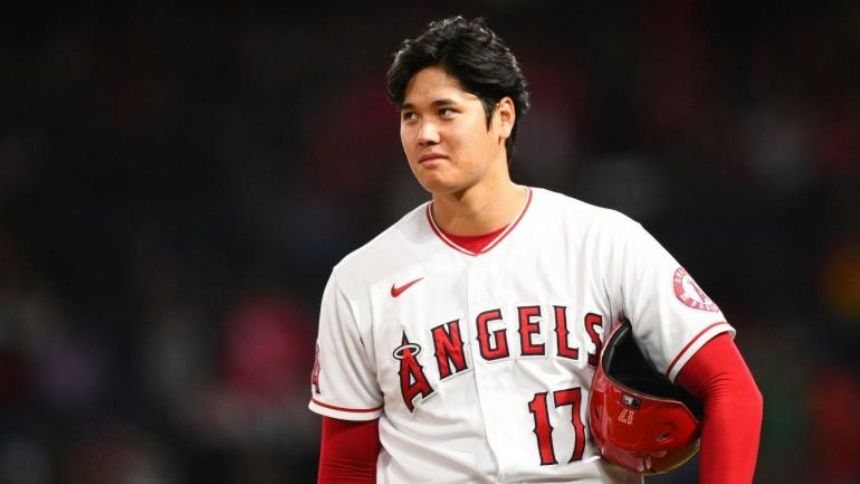 January 14 was supposed to be an important date on Major League Baseball's calendar, as it marked the deadline for arbitration-eligible players to swap figures with their teams ahead of their potential hearings. "Supposed to be" because the owner-imposed lockout that was instituted on December 1, the league's first work stoppage since 1994-95, has left the date without significance.

The owners' decision to shut down the league might've prevented business from proceeding as usual, but it doesn't mean we can't use today to highlight why MLB's compensation system (including the arbitration process) remains one of the biggest points of contention in these Collective Bargaining Agreement negotiations. To illustrate why, we've decided to use today to make note of the league's 10 most underpaid players heading into the 2022 season.

For the most part, these players tend to share two attributes: 1) they provide substantial on-field value; and 2) they're in the early stages of their career. In other words, production and compensation have become uncoupled to the extent that many of the game's top performers have no shot at being fairly paid for their play.

Before we get to our 10 players, we'll note that there are any number of other individuals who could have populated this list, and that there are any number of ways to rank these players. Think of this list as more of an examination of the conditions that lead to these players being underpaid rather than a definitive list of the most underpaid players in the game. Additionally, The Ringer's Michael Baumann deserves credit for flipping the concept of the "worst contracts" in a sport on its head; while our focus is solely on the 2022 season, his points (from 2016, no less) still apply.

With all the fine print out of the way, let's get to the top 10 underpaid players of 2022.

For whatever reason, Tucker seems to fly under the radar nationally despite maturing into a well-above-average hitter (138 OPS+, 43 home runs, nearly eight Wins Above Replacement since 2019) for a perennial contender. As a result, he doesn't have the hardware collection that some of the other members of this list do. Nevertheless, it's fair to say that the Astros are getting a bargain deal in 2022: Tucker will make the league minimum after falling short of the service time required to qualify for Super Two status, or an extra, early year of arbitration eligibility.

No class of player is exploited more by MLB's mechanisms than international free agents; it's an open secret that they're often locked into contracts years before they celebrate their 16th birthdays, yet the league does little to enforce their own rules. Additionally, those players are then kept away from making fair value for more than a decade, as they climb the ladder and accrue the necessary service time. Franco, who signed a long-term extension worth $182 million, is one of the lucky ones. Even so, he's likely to become baseball's next brilliant young superstar while making less than $3 million per season over the next couple years. It's worth remembering Franco's still making more than others with his service time, hence this ranking.

We're pairing the Milwaukee right-handers because they're in similar boats. Burnes, the reigning National League Cy Young Award winner, is projected by Matt Swartz's model to make $4 million next season in his first arbitration-eligible year. Woodruff, who has a longer track record, is projected to make $7 million in his own first year of arbitration. The Brewers, then, could be paying $11 million total to a pair of pitchers who combined for nearly 12 Wins Above Replacement last season. They'll take it.

Guerrero finished second in American League MVP voting last season after he batted .311/.401/.601 with 48 home runs. He qualified for Super Two status, and, as a result, he's projected by Swartz to make around $8 million. That's more than he would've received otherwise by a fair amount (more than $7 million), but obviously it's not what he would've gotten if he had received his market value.

Albies has one of the worst contracts in baseball: a seven-year pact that guaranteed him only $35 million. In parts of five big-league seasons he's posted a 107 OPS+ and 14 WAR, including at least three in each of his full seasons. Even so, Albies' contract demands he'll make only $5 million in 2022. What's worse is that, while this piece is concerned with only 2022 paydays, Albies won't make more than $7 million in a season at any point from now through at least the 2027 campaign. His notoriously underpaid teammate, Ronald Acuna Jr., will bank $15 million next season.

Keep in mind, we're concerned only with 2022 salaries. Tatis Jr. has a lucrative long-term contract, the $340 million whopper he signed with the Padres last year, but that doesn't mean he's making serious bank right away. Rather, Tatis will make less than $6 million next season heck, he won't make more than $20 million per year until 2025. The Padres, then, will be getting MVP-level production at bargain-bin prices for the foreseeable future, even if they'll eventually have to pony up.

Ramirez has been an MVP candidate for years now, as he's notched three seasons with more than six WAR and an additional two over three WAR. A long-term, team-friendly deal he signed earlier in his career has him making just $12 million next season, or a laughable amount compared to what he would make on the open market. For a point of reference, Trea Turner has posted a similar WAR total over the last two seasons and, in his final year of arbitration, he's projected to make roughly $8 million more.

Ohtani's earning potential has been hampered by MLB's legislature throughout his big-league career. We explained the situation in greater detail earlier this offseason, but the short version is that his initial contract was bound by rules governing amateur international free agents, limiting his earning potential out of the gate. Ohtani signed a two-year pact to avoid arbitration that will see him make just $5.5 million next season (that after clearing $3 million last year). The Angels would likely agree that paying him the sum of those years, $8.5 million, in one year would be a swell deal considering he's the reigning AL MVP.

No individual position player has accrued more WAR over the past two seasons than Soto has, with 9.5. He's been a star-level performer since the day he debuted in the majors in 2018, accumulating a 160 OPS+ and 18 WAR. Even so, Soto is just now arbitration-eligible, and is projected to earn $16.2 million next season. That may sound like a lot, but think of it this way: it's less than the average of the top 125 salaries in the sport. Of course, $16.2 million is more than most of the players on this list will earn, but it goes to show that even elite players have to wait for their turn at the bank.