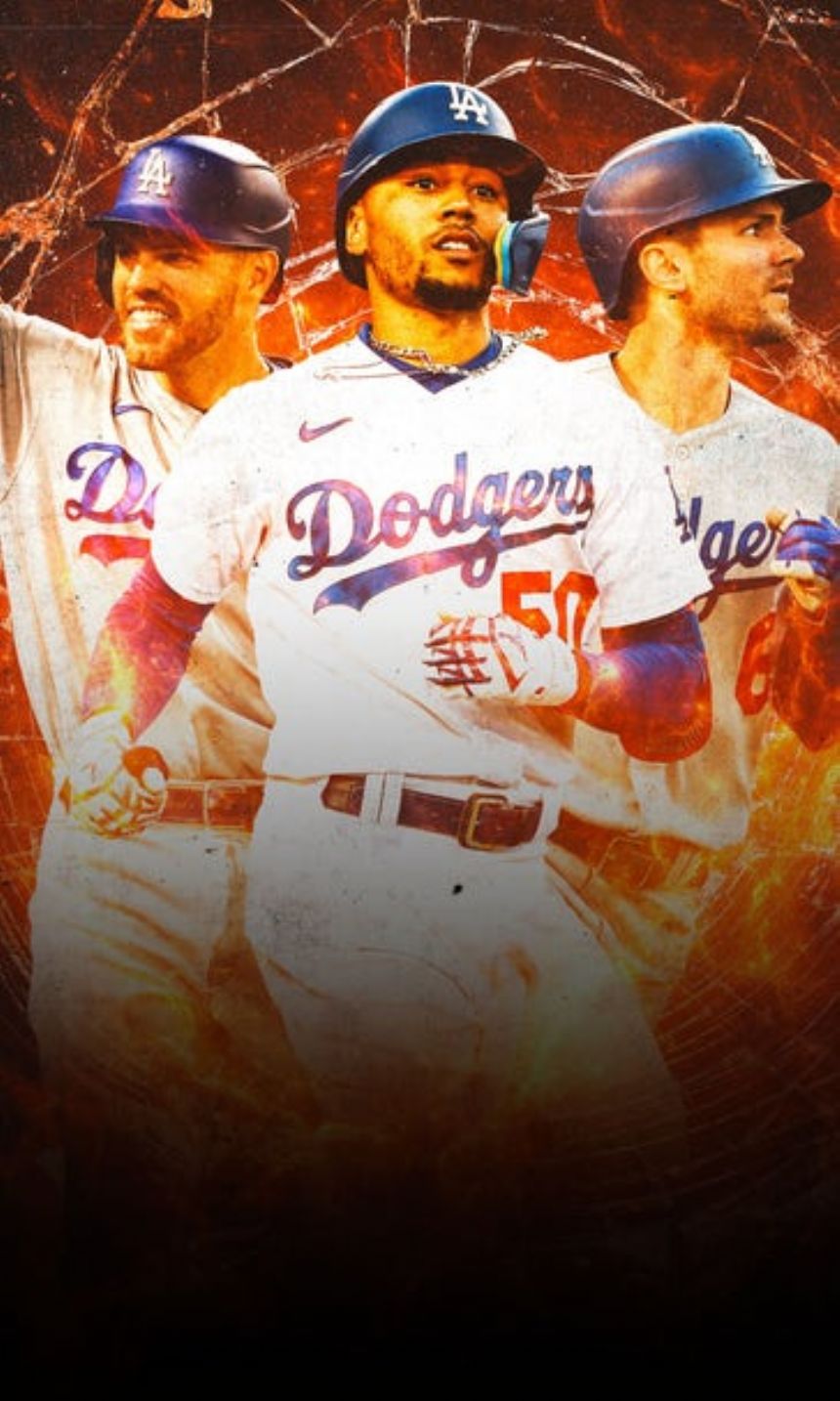 My, how one month changes things.'

The'Dodgers and Padres entered July with 2.5 games separating them atop the National League West. By month's end, the Dodgers held a 12-game lead on second-place San Diego, turning a division race between the top two clubs into more of a wild-card competition between the Padres and Giants.'

"Certainly, the win-loss obviously has been fantastic," said manager Dave Roberts. "But just how we're going about it is something we can hang our hat on and continue to do. Just all-around, team baseball. We're getting contributions from everyone."

Ben Verlander provides his MLB Power Rankings for Week 17. Check out where the Dodgers rank.

With two outs in July, the Dodgers slashed .328/.422/.578 and scored a major-league-leading 80 runs, leading to a bevy of comeback wins. The next closest team, the White Sox, plated 62 two-out runs.

The vaunted trio atop the Dodgers' lineup -'Mookie Betts,'Trea Turner and'Freddie Freeman - led the attack. On July 23, for the first time all season, all three homered in the same game.'

Here were their numbers for the month:'

"Our lineup feeds off those guys," Roberts said. "To see those guys playing the way they are, obviously as they go, we go."

Ben Verlander talks about the Dodgers' dominance entering the second half and explains how Mookie Betts, Freddie Freeman and Trea Turner have stepped up along with key performances from the pitching staff.

The Dodgers went into the All-Star break with wins in 15 of 17 games. In their first game of the "second half," Betts delivered a go-ahead three-run homer in the eighth inning and ended the win against the Giants with a diving catch. The Dodgers swept the series.'

Turner has hit safely in 88 of 102 games this year and took an 18-game hitting streak into August. There have been 12 major-league hitting streaks of at least 18 games since the start of last season. Turner has three of them, including the two longest (27 and 26 games) since joining the Dodgers last August.'

Freeman and Turner rank first and second in the majors, respectively, in hits. Neither has missed a game, and they're each on pace for 200 hits.'

"As long as we both get there, I don't think we care who wins," Freeman quipped last week.'

But unlike early in the year, in July the Dodgers' offensive contributions extended far beyond the top three.'

Seven Dodgers who recorded at least 50 at-bats in July posted an OPS above .800.'Gavin Lux was a model of consistency, slashing .320/.416/.533, while'Trayce Thompson's .937 OPS during the month provided a needed outfield boost with'Chris Taylor sidelined for nearly all of July (foot fracture).

"Our offense has been really impressive, really the last month probably," said'Clayton Kershaw. "Big contributions, all the way down. It's been really fun to watch."

And, as it has all year, the Dodgers' leading pitching staff also contributed significantly to the success.'

Dodger starters recorded 15 quality starts during the month. Kershaw took a perfect game into the eighth inning before the break and ended the month with a 0.80 WHIP.'Tyler Anderson led the group with a 1.11 ERA over five starts. Julio Urias went 4-0 during the month and entered August with a 1.35 ERA over his past three starts.'