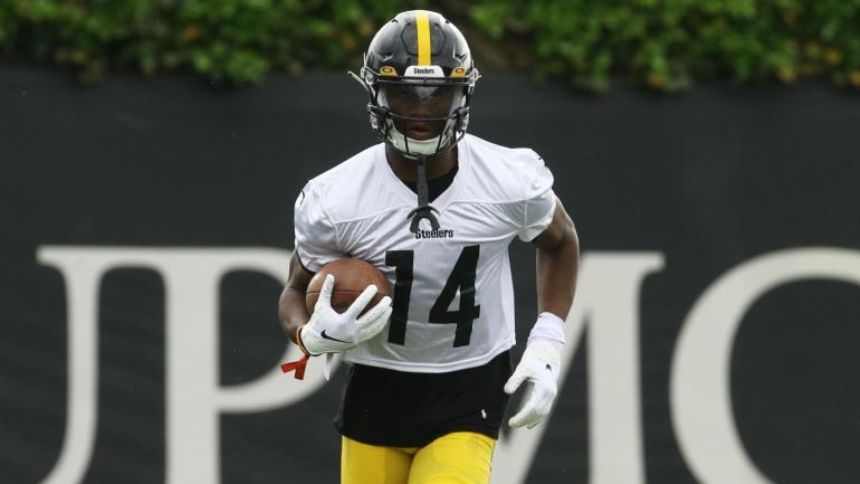 The NFL preseason officially kicks off Thursday as the Las Vegas Raiders and Jacksonville Jaguars meet in the Hall of Fame game. The game is a good reason to reflect on pre-draft biases and single out some rookies who I am most excited to see during the preseason.

The Trojan ranked No. 25 overall on my personal big board entering the 2022 NFL Draft. Jackson has all of the athletic traits that teams look for in an NFL edge rusher but it was my belief that he was not used properly in college. It did not hurt that he only turned 21 weeks before draft night. In an article from The Athletic, defensive line coach Kris Kocurek expressed the team's plan to cut him loose around the corner rather than dropping him into coverage, which should be music to the ears of San Francisco fans. Reviews have been positive for the second-round selection early in camp, via The Athletic:

"He's the whole package. We had a combine interview with Drake early on in the process. Bendy dude, he's got some slipperiness to him. Change of direction, a knack for winning one-on-one in pass rush. A player that should be ascending.

Jackson could not have landed in a better position. In addition to a wealth of talent along the 49ers' defensive line, Kocurek utilizes a wide-9 alignment that will allow the rookie to use his athletic gifts to challenge opposing offensive tackles at the high side of his rush.

Wide receiver Danny Gray is another rookie that intrigues. The offense's inclination to challenge defenses laterally meshes well with Gray's ability to churn yardage after the catch.

Athletic, but raw is the short-and-sweet version of the former tight end's scouting report. Jurgens plays the game with a mean streak and now has an opportunity to learn from one of the game's best in Jason Kelce. The changes made to Philadelphia's offense during the second half of the 2021 regular season suit Jurgens' skill set well. Kelce is unlikely to get a lot of repetitions during the preseason, so that opens the door for the rookie from Nebraska.

"Obviously, a big part of my job or a big part of what I want to do is help these young guys out. And Cam being a center, a guy that I see a lot of similarities in my game to, I'm going to try to help in any way I can to give him tricks of the trade, things I've learned or whatever. I think that we're going to continue to make each other better throughout camp. We're going to continue to work, compete and try and get better as much as we can," Kelce said, via NBC Sports. '

The 111 receptions for 1,239 yards and nine touchdowns in 2021 lost by the departure of Tyreek Hill will be hard to replace. It is unrealistic to expect Moore to match those numbers but he can eat into them significantly. Speed and route-running ability are the traits that stick out when discussing the Central Michigan wide receiver. Being in the right place at the right time should endear the rookie to quarterback Patrick Mahomes. With so many new faces in that Kansas City receiver room, Moore can separate himself during training camp.

Hall has a unique frame that should allow him to be used inside and outside depending upon the situation. Tampa Bay is loaded in the front seven so there will be no pressure for the rookie to contribute early. At the same time, it is easy to envision Vita Vea eating up blockers down the line and allowing Hall to loop around and create pressure. Center Ryan Jensen is on record as saying Hall is "the real deal."'

Tampa Bay is well-equipped to handle Rob Gronkowski's decision to retire. Cameron Brate returns and Kyle Rudolph was signed but former Washington tight end Cade Otton has been cleared to participate in his first training camp. His well-rounded skill set could allow him to see the field quickly.'

The words "limited athleticism" never graced the pages of a Pickens scouting report. The national champion has a high ceiling and has been flashing that potential early in training camp. Will he be able to bring the consistency necessary to see the field? DK Metcalf is the perfect example of teams overthinking a talent and it feels as though Pickens could soon fall in line with that narrative. Few teams have thrived at picking wide receivers quite like the AFC North franchise.'

Dionte Johnson, Chase Claypool and Pickens give Pittsburgh a talented trio at wide receiver. Wide receivers can only do so much, however, and a lot of pressure falls on the quarterbacks to get them the ball.'

Defensive lineman DeMarvin Leal is another who landed in a good spot. Leal is a tweener of sorts who could play on the edge or slide inside depending upon the situation. As luck would have it, the Steelers are a team that has shown the keen awareness to use defensive linemen in a way that maximizes their potential.

Houston added a few very talented defensive backs in Derek Stingley Jr. and Pitre. Pitre flies around the football field making plays. The Baylor product was ranked No. 23 overall on my personal big board, so there is faith in his abilities. The only concern is whether or not the Texans' front seven is going to be able to create enough pressure for the back end to capitalize on the ball in the air. His flexibility should allow him to play closer to the line of scrimmage more often.

New York's entire draft class is anticipated. The tight end room, specifically, is entirely new with C.J. Uzomah, Tyler Conklin and Ruckert. The rookie from Ohio State was primarily used as a blocker in college because of the team's playmaking ability at wide receiver. He had a job to execute in order for Chris Olave, Garrett Wilson and others to thrive. The life-long Jets fan should have more of an opportunity to show what he can do in the pass game. Ruckert had been dealing with a foot injury that landed him on the non-football injury list but he was cleared Wednesday. The preseason is as good of a time as any to start stacking positive days.

Similar to wide receivers in Pittsburgh, Green Bay has always done well securing offensive line contributors on Day 2 and 3 of the NFL Draft. They had two strong candidates this year with UCLA's Sean Rhyan and Wake Forest's Zach Tom, who was No. 79 overall on my final big board. Early in camp, the latter has been getting repetitions at right tackle with the first team. It could be a byproduct of Elgton Jenkins being out but nonetheless it is a feather in the rookie's cap. He has the flexibility to play multiple positions and now has a platform to show he deserves a spot in the starting lineup.'

Cleveland did not have a first- or second-round pick, so it is imperative it finds value from Day 2 and 3 selections. Wright measured in at 6-foot-5, 271 pounds at the NFL combine. Defensive line coach Chris Kiffin -- brother of Lane -- comes from San Francisco, who has recent history when it comes to developing defensive line talent. Wright has the benefit of learning from former No. 1 overall selections Myles Garrett and Jadeveon Clowney. Executive vice president of football operations and general manager Andrew Berry had the following to say after Wright was drafted in the third round:

"With Alex, he was really a favorite across the organization - scouts, coaches and our research and strategy group. We like him because he is a player who profiles as what we call a big end or a strong-side end, but with Alex, he really has the versatility to rush outside and inside. We love his frame. We love his ability to rush the passer. This is a guy who when we brought him in for a 30 visit, everybody just spoke glowingly. He is very driven, he is very smart and a very humble individual, and we think he is a player who can really grow into the ideal big end for us and rush inside and out. We are excited to have him. He is a perfect scheme fit for our defense." '

Defensive tackle Perrion Winfrey is also facing an opportunity for early playing time in northeast Ohio. His energy has been infectious but the team is eager to learn whether or not his sensational Reese's Senior Bowl performance was more or less a flash in the pan. Cleveland should be spoon-feeding repetitions to the two young defensive linemen through training camp.'