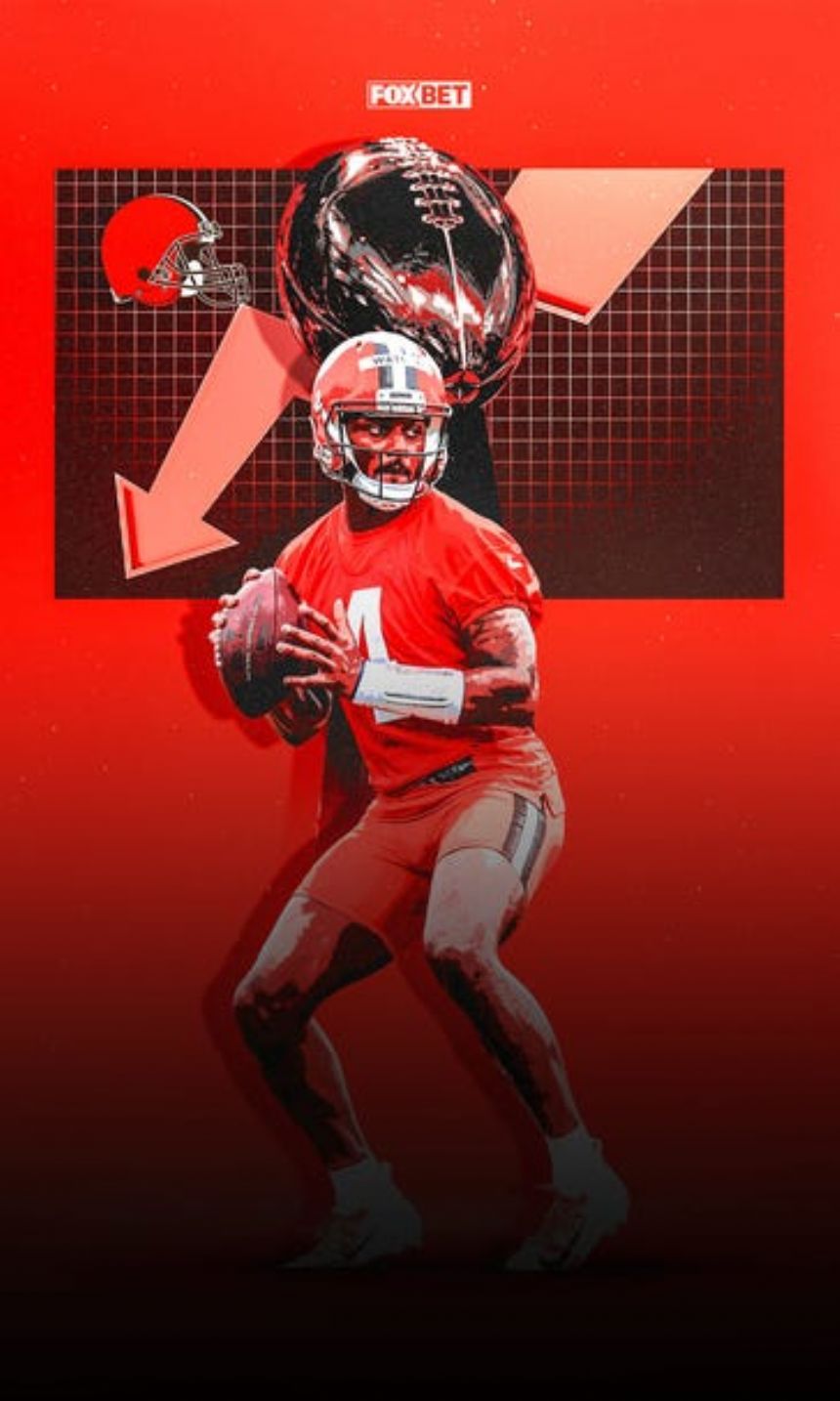 Once the Browns traded for Deshaun Watson during the NFL offseason, bettors saw Cleveland's Super Bowl odds shorten at many sportsbooks.'

When Watson was acquired on March 18, the Browns' title odds jumped from 30-1 to 14-1 to win Super Bowl LVII at multiple sportsbooks. But once news broke of a looming suspension, oddsmakers pulled Cleveland's futures almost completely off the board, while some lengthened them out to 28-1 after various offseason adjustments.

But now that the three-time Pro Bowl quarterback has officially been suspended for 6 games, the Browns' AFC and Super Bowl odds have shifted once again for the upcoming season. Let's jump into the suspension's impact from a betting perspective.

Effective immediately, the suspension will sideline Watson until Week 7. During that span, the Browns will face the Panthers, Jets, Steelers, Falcons, Chargers, and Patriots.

Overall, six games might seem like a best-case scenario for the Browns and Watson. At times during the offseason, it seemed like the star quarterback could have potentially missed most or all of the season as the league was reportedly pushing for a full-year suspension.

Since the team's preferred QB1 will miss almost a third of the regular season and Baker Mayfield was traded to Carolina, the Browns must activate their backup plan in Jacoby Brissett or consider bringing Jimmy Garoppolo into the fold since the 49ers have moved on to Trey Lance.

Should bettors still back the Browns to make some noise next season? Head over to AP Bet to throw some money at Cleveland if you think the Browns will be competitive until Watson's return.