NFL odds: Lines on Robert Quinn's next team, from Cowboys to Chiefs 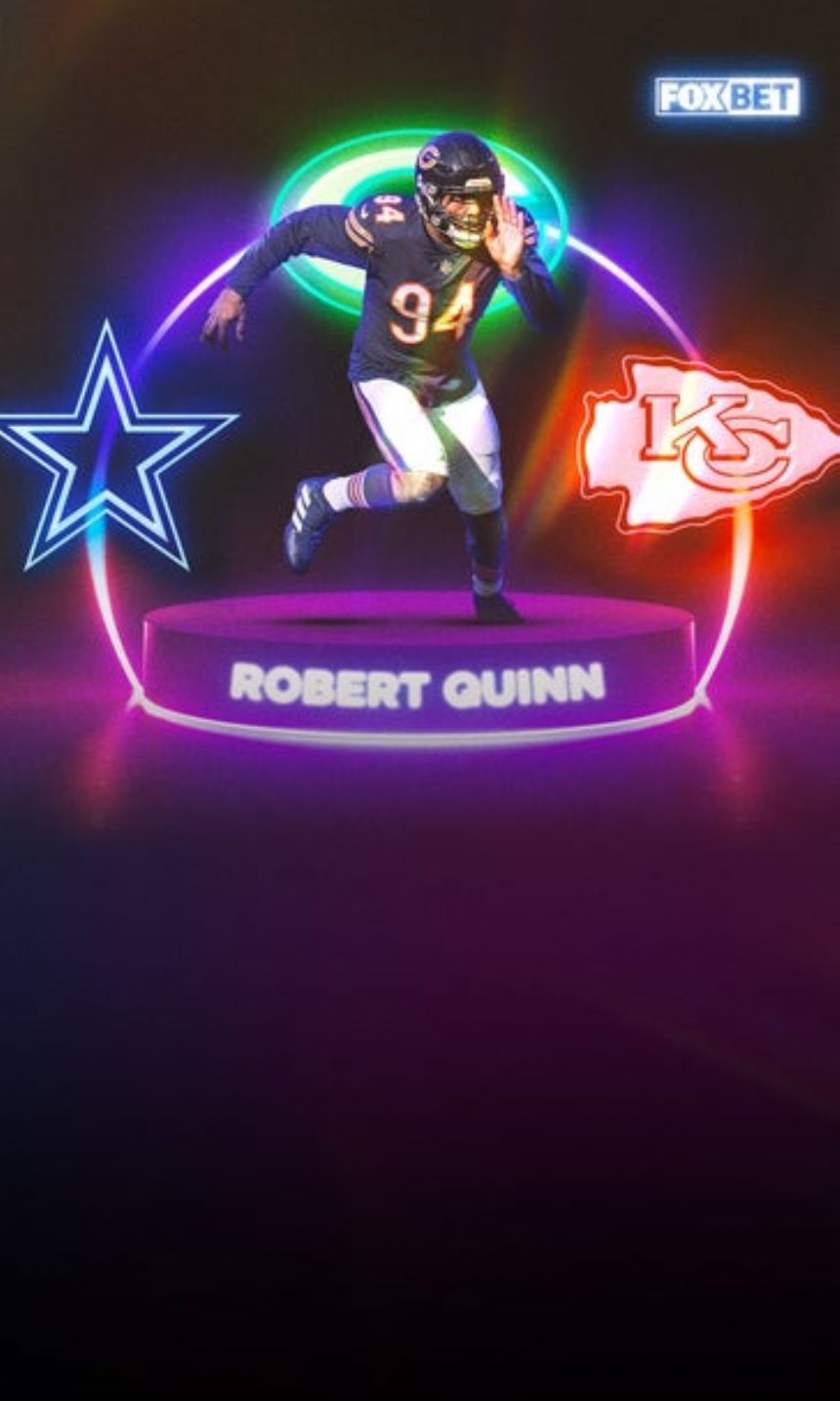 The Chicago Bears held a mandatory minicamp this week that linebacker Robert Quinn did not attend amid offseason trade rumors.

The no-show has led to lots of speculation among bettors as to what team Quinn may end on next season, if the rumors are indeed true.'

The 32-year-old pass-rusher set Chicago's single-season record for sacks with 18.5 in 2021. However, new GM Ryan Poles is signaling a rebuild as the team attempts to fix the salary cap woes of years past and build around QB Justin Fields.'

After trading Khalil Mack to the San Diego Chargers for two draft picks - a 2022 second-rounder and a 2023 sixth-rounder - it looks like Quinn, with three years remaining on his contract and a base salary of $12.8 million this season, could be next. The move would give the Bears the second-highest salary cap space in the NFL next season.'

From a gambling perspective, Quinn would be a strong addition to any team looking for a pass rusher. And even if a squad already has a strong defense, adding a linebacker of his quality does not present itself very often. As we saw last season with the Los Angeles Rams, Super Bowl-winning teams can handle a plethora of super talent.'

So what teams are likely to trade for him?

We turned to AP Bet to get hypothetical odds on Quinn's potential suitors "IF" he indeed gets traded from the Monsters of the Midway.'

ODDS ON ROBERT QUINN'S NEXT TEAM*''''

With the Cowboys (+250), Packers (+300) and Chiefs (+700) on the list as strong favorites to poach the pass rusher, AP Bet sports trader Daniel Montanari is cognizant of the fact that Quinn desires to play with a championship-caliber organization.'

"Quinn has been vocal this offseason about moving to a contending team after seeing his former DL teammates traded, with Mack to the Chargers and Akiem Hicks signing with the Bucs," he explained.

And given that Quinn played for Dallas in 2019 - where he led the team with 11.5 sacks - Montanari thinks a return to Texas is the most logical move.'

"A reunion with his former team would make sense for both sides with the Cowboys primed to make another playoff run and needing pass rush help after losing Randy Gregory in Free Agency," he theorized.'

As we always say around these parts, the drama in the NFL never disappoints. Quinn's next move might just put a contender over the top. Stay tuned to see which team he suits up for in 2022!