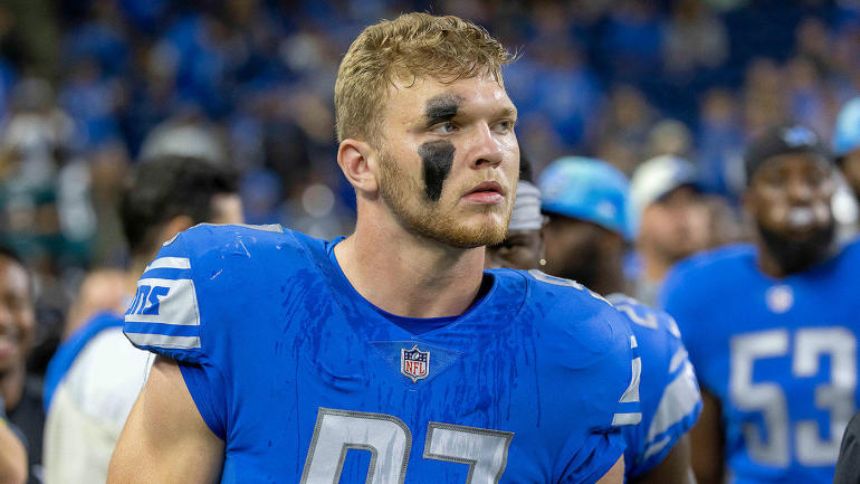 The Lions knew Aidan Hutchinson would be productive; it's why they drafted him with the No. 2 overall pick in the 2022 NFL Draft. But three sacks in the first half productive? They couldn't have imagined that, but that's exactly what has happened in the first half against the Commanders. Detroit is putting it to Washington, and the rookie pass rusher is a big reason why.

Sorry Ahkello Witherspoon, but that's exactly what happened towards the end of the first half of a 3-3 game. Just as Witherspoon thought he was about to corral an interception, Nelson Agholor jumped over him, snatched the ball from his grasp and left him in the dust for the final five yards of a 44-yard score. Catch of the day so far from Agholor.

Despite having a rushing touchdown overturned, Lamar Jackson has had an exquisite first half in the Ravens' home opener. He's completed eight of his first nine passes for 154 yards and a pair of scores, the first of which went for 75 yards to Rashad Bateman and the second going to Mark Andrews from one yard out. Baltimore in control versus Miami.