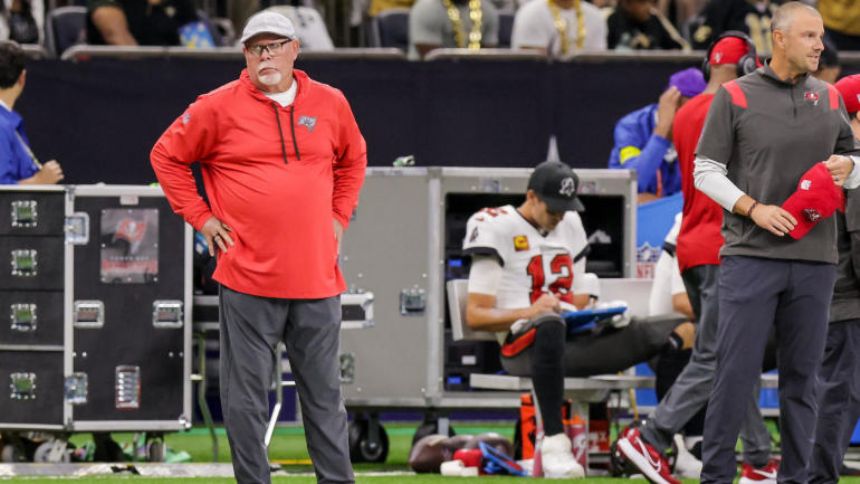 Bruce Arians stepped down as the head coach of the Tampa Bay Buccaneers this offseason, but you wouldn't have been able to tell during the Buccaneers' victory over the New Orleans Saints on Sunday. Arians was seen on the sideline jawing with Saints cornerback Marshon Lattimore, right before a massive fight broke out Bucs wideout'Mike Evans Sunday's matchup vs. the Green Bay Packers.

The NFL reportedly did not like this, and sent a warning letter to Arians and the Buccaneers, per Pro Football Talk. Arians was seen on the white stripe of the sideline, which is a place where only coaches, players and officials can tread during games. Pro Football Talk also reports that Arians will comply with the warning.

Arians usually watches Buccaneers games from a suite or "box" at the stadium, but new Buccaneers head coach Todd Bowles said Caesars Superdome didn't have a box to give to Arians this past weekend, so he was "downstairs."

Arians still has a role with the Buccaneers -- a new gig titled "Senior Advisor to the General Manager."

"It's a 'what do you think?' job," Arians told the'Eye Test For Two'podcast earlier this summer,'via Joe Bucs Fan. "Everybody asks me what do I think and they know they're getting a brutally honest answer, whether it be Joel Glazer, Jason Licht, Bowles, or Byron Leftwich. It's been fun going to practice, watching and learning some more, watching us change, looking at the new guys. Man, that draft class is going to be a home run. Looking forward to getting to camp."

The Buccaneers will play host to Aaron Rodgers and the Packers this Sunday at 4:25 p.m. ET.'