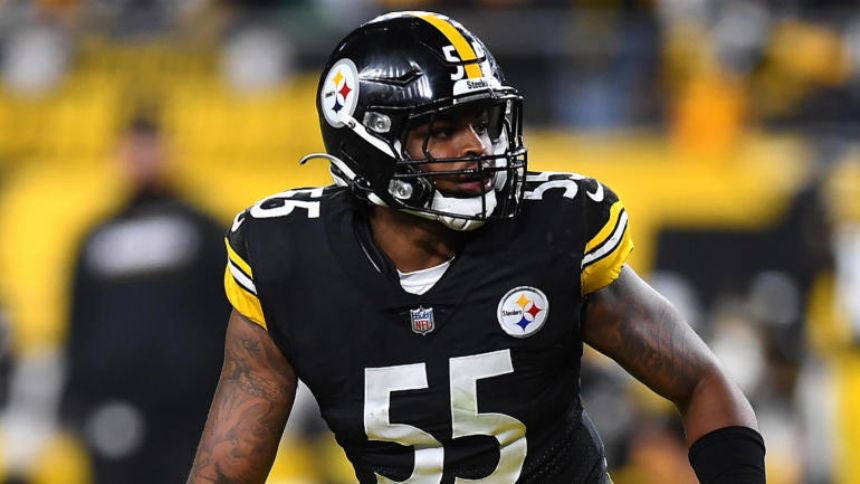 With how quickly and comprehensively NFL rosters turn over every year, it feels like everyone's in a make-or-break season, doesn't it? While in a way that could be true, there are some players more under the microscope than others, and for a multitude of reasons.'

Let's break down those in serious make-or-break scenarios by situation before their critical 2022 seasons begin.

Okudah's NFL career to date has been nightmarish, a brutal, extraordinarily underwhelming rookie season followed by a torn Achilles in the season-opener in 2021. This is a 6-foot-1, 205-pounder with 4.48 speed and a 41-inch vertical who stuck like glue to wideouts during his career at Ohio State.'

The natural talent is bursting at the seams of Okudah's Lions uniform. But the refinement at the line wasn't there as a rookie, and neither was his awareness mirroring down the field and finding the football. It's harsh, but it's a reality -- in the NFL, if by Year 3 you're not producing, you're pressing your luck with your future on your original team. Remember too, Detroit GM Brad Holmes didn't draft Okudah, and all NFL GMs -- justifiably -- want their guys more than anything else. If Okudah doesn't perform like a former No. 3 overall pick, or, heck, even like an overachieving mid-rounder, Okudah will drift to Bust Island and could find himself on the trade block next offseason.'

Reagor already feels like a bust, doesn't he? The former TCU star will always been compared to Justin Jefferson because he was picked just before the superstar wideout in Minnesota, and the two have had diametrically opposite NFL careers to date. There's palpable buzz about the Eagles after the offseason GM Howie Roseman pieced together, and I wonder how much Reagor will play into it. He's now behind A.J. Brown and Devonta Smith in the receiver pecking order.'

Reagor's never had 60 yards in a single game in the NFL. He's dangerously close to being a certified bust. '

Veterans on their last legs

Green was such a consistent performer in his prime. He was on a Hall of Fame track. Green low-key had 848 receiving yards in 2021 with the Cardinals, after a disappointing 2020 in which he didn't even reach 550 yards on 104 targets.'

Now, Arizona made things more cushy for Kyler Murray this offseason by trading for his former favorite target at Oklahoma, Marquise Brown. And DeAndre Hopkins will be back following a six-game suspension. Green, who turns 34 in July, might finally be in the tertiary role best-suited for him this late in his career. I have to say, it's strange not seeing Green as a team's alpha wideout, but he's lost a few steps. I have to wonder if 2022 will be Green's final season.'

Hightower deserves an abundance of respect. He entered the league in 2012 as a 6-2, 265-pound off-ball linebacker at the outset of the passing renaissance in the NFL, when linebackers got smaller and faster and many of them were really just safeties who shifted into the box.'

Despite his frame suggesting he should be a terrible fit in today's NFL, Hightower thrived as an old-school thumper offenses weren't ready to combat every Sunday. Hightower was a prototypical Bill Belichick second-level defender who defied the odds en route to three Pro Bowl selections, a second-team All-Pro nod in 2016 and three Super Bowl titles.'

He sat out 2020 due to COVID-19 and wasn't himself upon returning last season, often getting exposed in coverage, and his blitzing and run defense prowess wasn't as stunning as it'd been before the pandemic. Now 32, Hightower is in the twilight of his career in New England.'

Bush is one of the most athletically capable linebackers in football. His range at Michigan and 4.43 speed at 5-11 and 234 pounds led to the Steelers trading up to select him at No. 10 overall in the 2019 draft. As an energetic rookie, Bush looked like Pittsburgh's next elite second-level defender.'

But over time, his stellar play close to the line of scrimmage and when attacking downhill was counteracted by shoddy coverage, and a torn ACL in Week 6 of 2020 derailed what mostly looked like a promising start to his pro career. Then in 2021, Bush wasn't himself. He missed more tackles than ever, was hardly a force in the box and the coverage woes continued. The Steelers didn't exercise his fifth-year option, thereby making him an impending free agent after the 2022 campaign.

Slayton was a super speedy fifth-round pick in 2019 who had an immediate connection with fellow rookie Daniel Jones, catching 48 passes for 740 yards -- 15.4 yards per -- with eight scores in his debut season with the Giants. He had 12 receptions of 20 or more yards that year.'

As an NFL sophomore, Slayton upped his receptions by two and had 11 more receiving yards but scored only three touchdowns, and last season the former Auburn burner was far less productive with only 28 catches for 339 yards with two scores. He became a forgotten weapon in New York's offense. Slayton is 6-1 and has 4.39 speed. Now on a more complete roster that features a better offensive line, Slayton could be in for a season more similar to his rookie season in 2022. Of course, much of his potential impact will rest on how well his quarterback plays.'

If you ask around Buffalo how fans feel about Edmunds, you'll likely get a variety of answers. To some, he's a liability against the run and in coverage whose first-round draft status is more the reason why he's an entrenched starter than quality play. To others, he's a soccer net in the middle of Buffalo's pass defense, a 6-4, 250-pound rangy linebacker who has his flaws but also does so much for one of the league's best defenses that goes unnoticed in the stat sheet. To me, the truth lies somewhere between those schools of thought, but his size and athleticism blend undoubtedly makes him a unique asset for Sean McDermott and defensive coordinator Leslie Frazier.'

Still only 24 years old, Edmunds enters his fifth season in Buffalo in one of the most clear-cut make-or-break seasons you'll find in the NFL. He's playing on his fifth-year option and the Bills will have a critical decision to make after the 2022 campaign -- sign Edmunds to a monster extension or let him walk in free agency.'

And it's simple -- if Edmunds flourishes in an incredibly hyped season for the Bills, he'll get that shiny new contract. If he doesn't, the Bills will likely allocate money elsewhere and search for a new middle linebacker.'

Mayfield's career arc epitomizes how quickly the NFL evolves. After his record-setting rookie season in 2018, Mayfield felt like the next big thing at the quarterback position. He landed a multi-year Progressive insurance commercial spot that felt awkward still running in 2021 since, by then, he'd fallen from grace in a strange situation in Cleveland.'

Mayfield's average-at-best arm talent and lackluster improvisational abilities do hold him back on the field. But his accuracy is outstanding, and he can rip the ball through tight windows. In theory, if he found himself in a better scenario than the Hue Jackson and Freddie Kitchens led environments in Cleveland, Mayfield can again become a top half of the league quarterback, like was as recently as 2020. Is a quality situation out there for Mayfield at this juncture of the offseason?

Chubb was famously picked to pair with Von Miller in Denver in 2018, and early in his career looked like the Broncos' next tremendous outside pass rusher who'd assume top-dog responsibilities from Miller in the long run, as evidenced by his 12 sacks as a rookie.'

The former No. 5 overall pick has 8.5 sacks since then, and injuries have severely hindered his development. Now he gets veteran Randy Gregory rushing opposite him on defense, which will draw game-plan attention away from him. But the Broncos picked ultra-productive rusher Nik Bonitto in Round 2 in April to add depth to the vital position but maybe also as a way to push Chubb to return to his rookie-year form. If Chubb turns in a double-digit sack season in 2022, it'd be hard for the Broncos to let him walk. If he can't rekindle the magic from 2018 now at 100% health, Chubb will likely be on another team next season.'