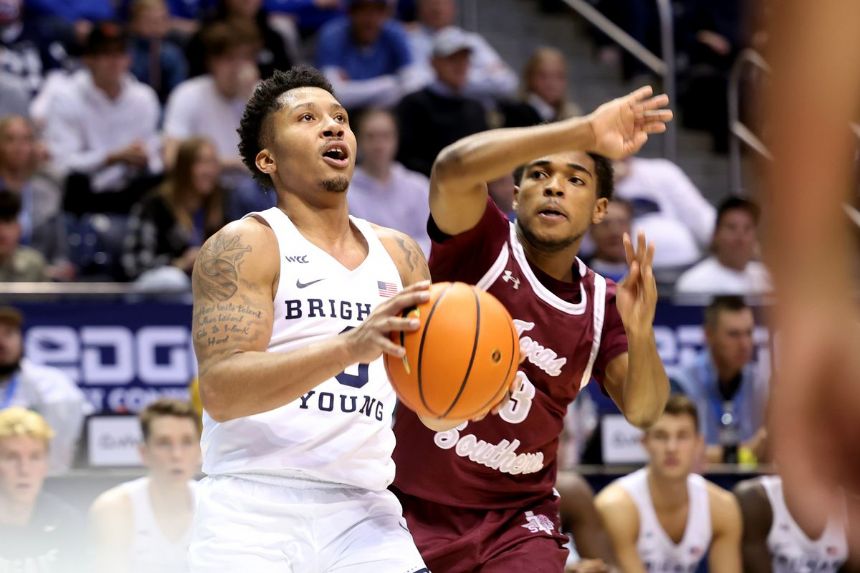 Leading 35-27 at the half, the Cougars scored the first six points of the second half to lead 41-27, the largest lead of the game. The Bears clawed back and trailed 63-62 on a Gaige Prim layup with 1:38 to play.

Barcello quickly responded with a jumper and had two free throws in a 7-0 burst and added another free throw as the surge became 10-2 and a 73-64 lead with 14 seconds left.

Spencer Johnson scored 14 points and Caleb Lohner 11 for the Cougars (7-1), who bounced back after losing to Utah Valley in overtime. Barcello also had four steals.

Reserves Jaylen Minnett and Lu'cye Patterson scored 19 and 16 points, respectively, for the Bears (4-4). Gaige Prim added 17 points but Isiaih Mosley (18.3 ppg) only played seven minutes and didn't score, a first in his career.

Barcello scored 15 points in the second half and Lucas had 11.

Missouri State's four losses have been by six points or less.