No. 3 Louisville romps over turnover-prone Pittsburgh 81-39 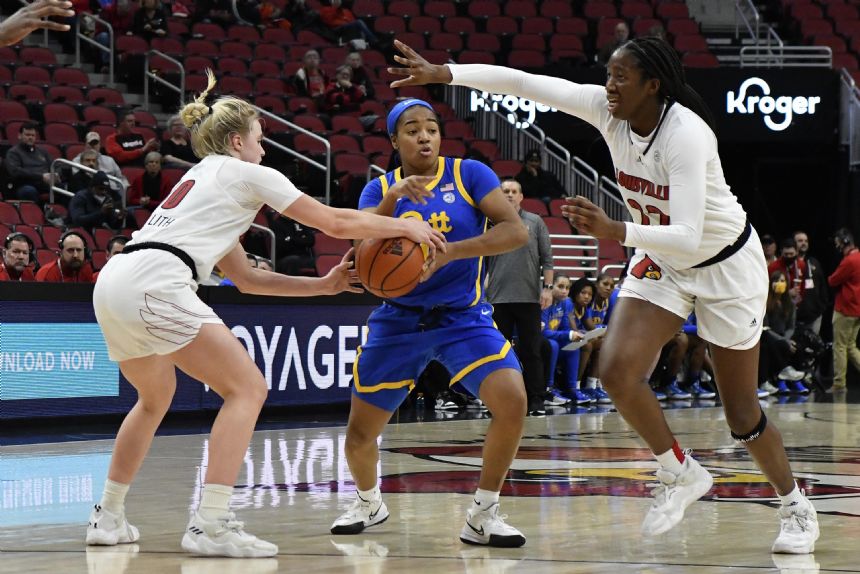 LOUISVILLE, Ky. (AP) - Emily Engstler had 12 points and 10 rebounds for her fourth double-double, Hailey Van Lith also had 12 points and No. 3 Louisville forced a season-high 35 turnovers in an 81-39 rout of Pittsburgh on Thursday night.

The Cardinals have won 13 straight, and quickly pounced on a Panthers squad playing their first game since Dec. 22, forcing 24 mistakes in the first half alone for 18 points en route to a 40-13 cushion. Louisville (13-1, 3-0 Atlantic Coast Conference) ended up just four turnovers shy of tying the program record set against Northeastern Illinois on Jan. 13, 1992.

Emy Hayford had eight points for the Panthers (9-5, 0-3), while Rita Igbokwe had six points with 14 rebounds.

Louisville's stifling defense offset its 40% shooting, though Engstler provided the bright spot by making 5 of 11 from the field. She also made a career-best seven steals, converting several into easy layups.

Van Lith made 4 of 11 shots for Louisville. Chelsie Hall and Payton Verhulst added 10 points for the Cardinals.

Pittsburgh: The effects of the Panthers' layoff quickly showed as they continually made mistakes that led to easy Louisville baskets. That limited shooting opportunities and the few they managed often missed as well. The upside was finishing even on the boards with 43.

Louisville: Because the Cardinals disrupted the Panthers so often, their cold shooting was almost overlooked. What mattered was that their defense created so many chances.