No. 3 Virginia opens ACC play with 62-57 win over Florida St 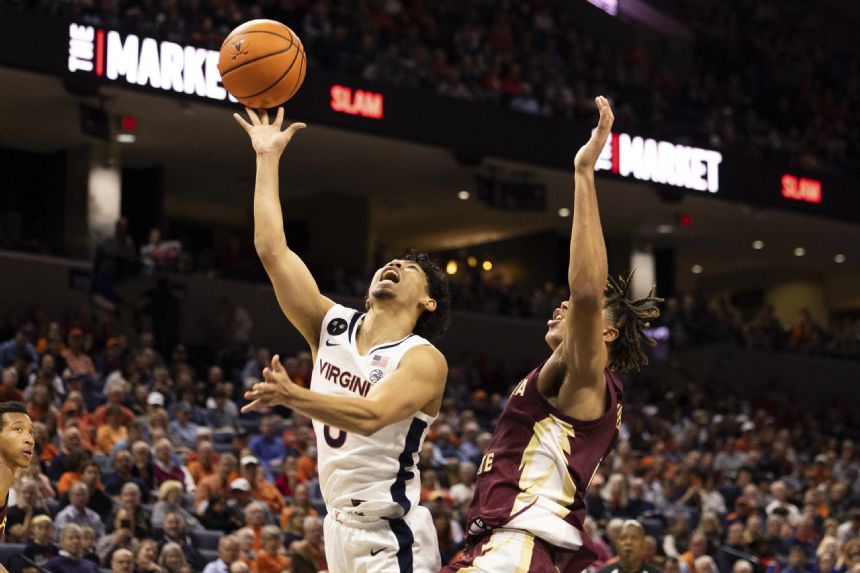 Florida State (1-9) scored the next six points, then didn't score again for five minutes as the Cavaliers rebuilt their advantage.

COLUMBUS, Ohio (AP) - Brice Sensabaugh led the Buckeyes with 15 points and Bruce Thornton added 13 as Ohio State surged in the second half to be St. Francis.

The Red Flash trimmed a 16-point deficit to eight in the first half, with Josh Cohen getting the first points after the break. But Ohio State (6-2) went on a 13-5 run, held St. Francis (2-7) scoreless for about five minutes in the second half and at one point went up 39 points.

Roddy Gayle Jr. had 12 points, Zed Key had 11 and Sean McNeil and Felix Okpara scored 10 apiece for Ohio State, which shot 50.7% from the field.

Cohen finished with 18 points and 10 rebounds for his first double-double of the season. Cam Gregory added 15 points and Maxwell Land scored 14 for the Red Flash.