No. 5 Baylor holds off Missouri behind Smith's double-double 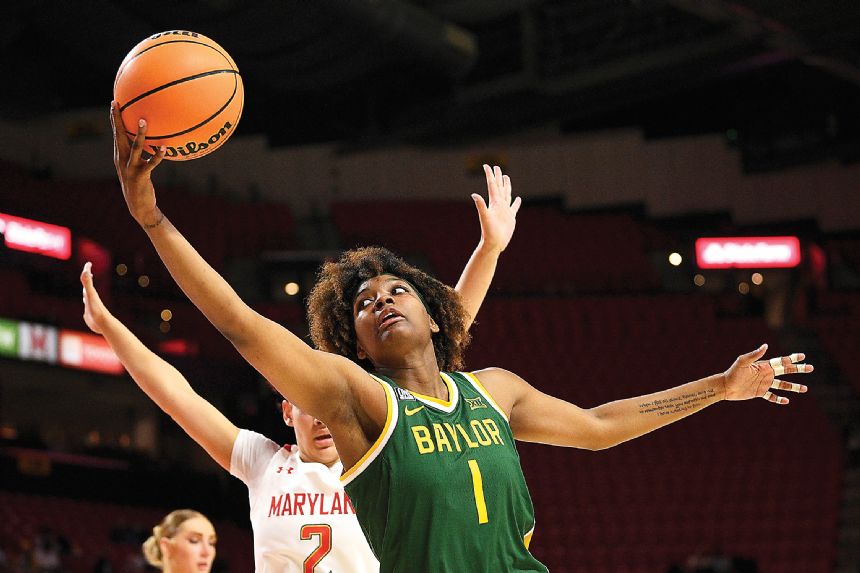 WACO, Texas (AP) - NaLyssa Smith had her eighth consecutive double-double with 25 points and 17 rebounds, and fifth-ranked Baylor handed Missouri its first loss of the season with a 70-68 win in the Big 12/SEC Challenge on Saturday night.

The Tigers then went scoreless for nearly five minutes and Baylor scored 12 points in a row, including Smith's go-ahead three-point play.

Aijha Blackwell had 20 points and 16 rebounds for Missouri before fouling out and Troup finished with 16 points.

Tegan Graham hit a 3 to open the scoring 31 seconds in and the Cougars never trailed. Harding scored 10 points in a 12-3 run that made it 24-10 late in the first quarter.

Freshman Gianna Kneepkens, whose previous career high was 15 points, scored 13 of her career-best 29 points in the fourth quarter as Utah trimmed a 18-point deficit to 83-80 when she hit a 3-pointer with 16 seconds left.

Gonzales made two free throws about 9 seconds later to seal it.