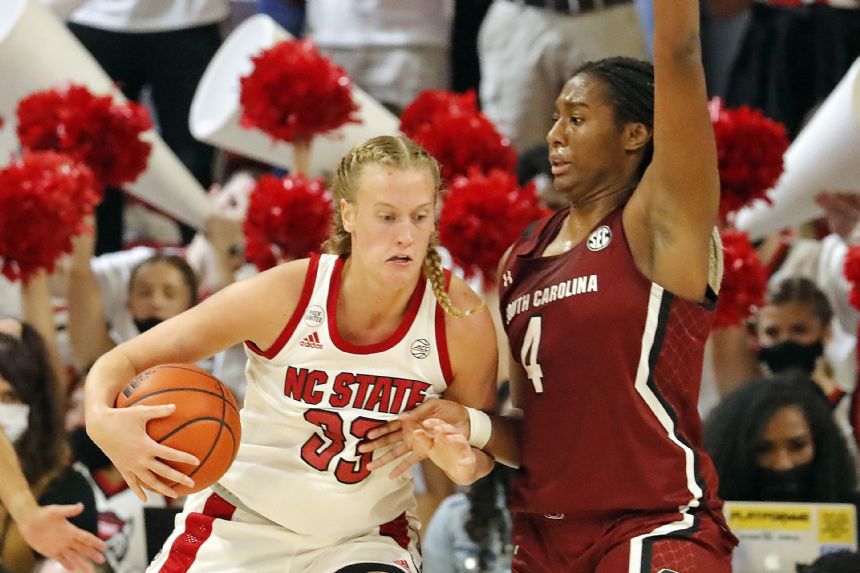 The game was played at the Baha Mar resort in the Bahamas in a converted ballroom complete with a low ceiling and a raised stage right off midcourt. There were bleachers behind the two benches for fans.

N.C. State (5-1) went right at the Terrapins, with the 6-foot-5 Cunane dominating the inside and Johnson controlling the outside. Maryland (6-1) trailed 11-9 with 4 minutes left in the first quarter before N.C. State scored 11 of the final 14 points to close the period and take command of the game.

CANCUN, Mexico (AP) - NaLyssa Smith had 19 points and 15 rebounds, Jordan Lewis added 15 points with six assists and No. 6 Baylor rallied in the second half to beat Fordham at the Cancun Challenge.

Sarah Andrews and Ja'Mee Asberry each scored 10 points for Baylor (4-1). Smith, who was 8 of 16 from the field, secured her fourth consecutive double-double of the season. Queen Egbo was 0 for 9 from the field but grabbed eight boards.

Kendell Heremaia scored all 14 of her points in the first half for Fordham (3-2). She left the game with an apparent knee injury with 8:20 left in the fourth.