No place like home as Rayo tops Espanyol in Spanish league 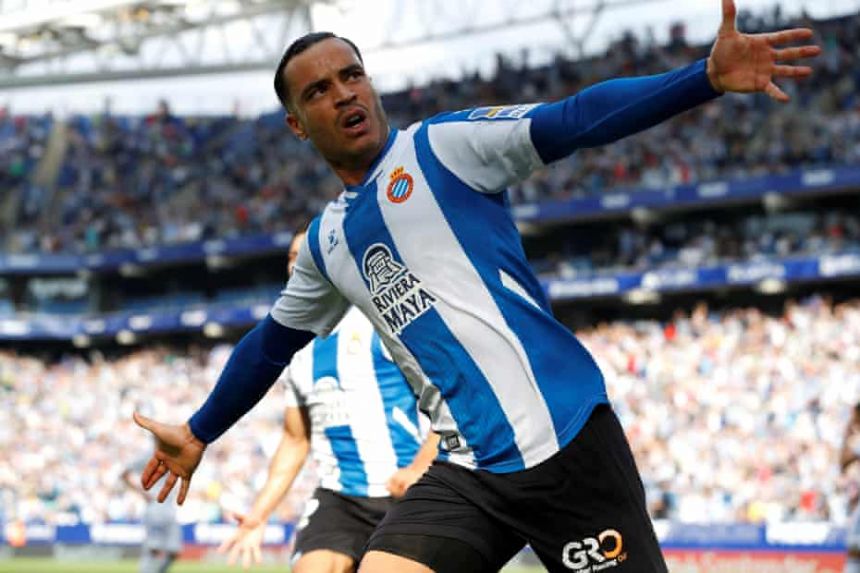 MADRID (AP) - Rayo Vallecano's impressive run at home in the Spanish league continued Sunday with a 1-0 win over Espanyol.

An own-goal by Espanyol defender Leandro Cabrera early in the second half gave Rayo its seventh win in eight matches at Vallecas Stadium. Its unbeaten streak at home is its best since it also went eight games without a loss in 2002.

The club from Madrid, recently promoted to the top flight, has the best home record among all first-division teams. One of its victories came against Barcelona, while the only setback at home was a scoreless draw against Celta Vigo in November.

"For our opponents it's very hard to play in Vallecas," Rayo coach Andoni Iraola said. "The atmosphere here really helps. We want to keep winning, especially when we have the support of our fans."

The victory left Rayo in sixth place, with 27 points from 16 matches, in the race for European spots.

The winning goal came when Cabrera found his own net while trying to clear a cross by Alvaro Garcia in the 54th minute.

Rayo was coming off a near-elimination in the Copa del Rey on Thursday, when it needed a penalty shootout to get past fifth-division club Guijuelo in the competition's first round.

Veteran Colombia striker Radamel Falcao, who didn't play on Thursday, came off the bench in the second half against Espanyol.

Espanyol, sitting in 11th place, is yet to win in eight away matches this season, with five losses and three draws.

Last-place Levante remained the only winless team in the league this season after a 0-0 draw against Osasuna at home. It has eight losses and eight draws in its 16 matches. It was the seventh straight game without a win for ninth-place Osasuna.

Elche won 3-1 at home against Cadiz to end a seven-match winless streak in the league and move further away from the relegation zone. It was the third straight loss for 18th-place Cadiz.