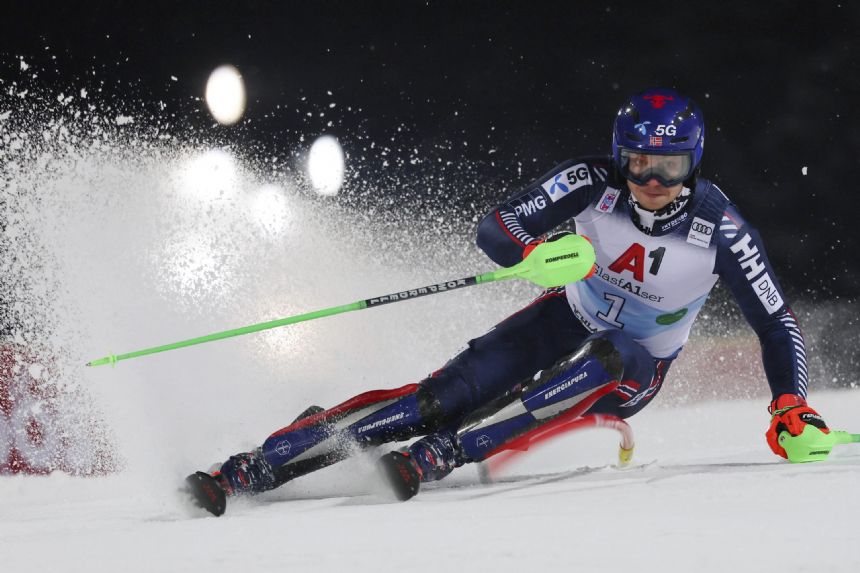 Watched by 40,000 spectators, the Norwegian opened the race with a near-flawless run and was 0.21 seconds faster than home favorite Manuel Feller.

The Austrian led the slalom in Kitzbuehel two days ago but then failed to finish his final run.

Swiss skier Loic Meillard was 0.30 behind in third and Kristoffersen's Norwegian teammate Lucas Braathen, who led the discipline standings, stood fourth and had 0.57 to make up in the second leg.

The winner of Sunday's race, Daniel Yule, finished 1.18 off the pace.

Overall World Cup leader Marco Odermatt does not compete in slalom. The Swiss skier planned to start in a giant slalom on the same hill Wednesday night.

Kristoffersen can become the first skier to win the floodlit slalom at the venue of the 2013 world championships for a fifth time. He currently shares the best mark of four wins with Austrian standout Benjamin Raich.

No male skier has won more than five World Cup slaloms at a single venue.