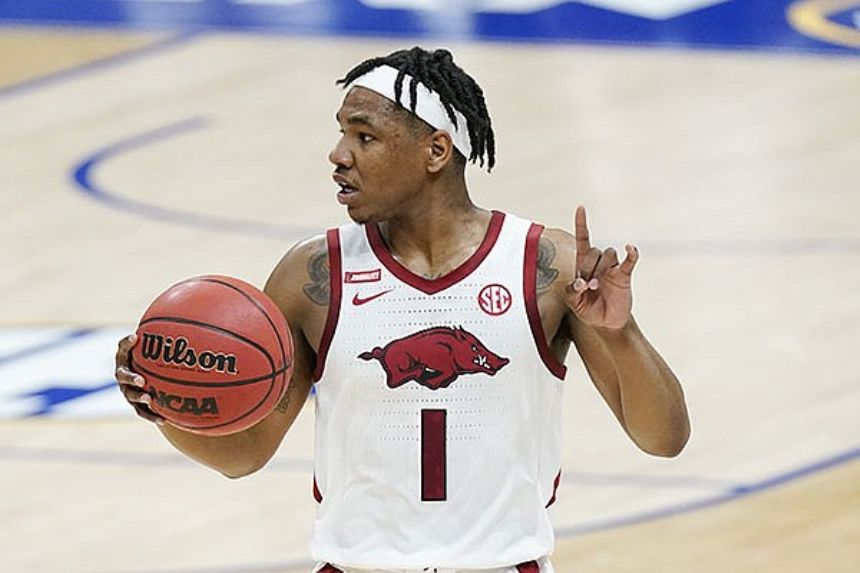 FAYETTEVILLE, Ark. (AP) - J.D. Notae recorded his first career double-double and No. 12 Arkansas rolled to a 86-66 win against Charlotte on Tuesday night in nonconference action.

Notae finished with 23 points and 10 rebounds as the Razorbacks (9-0) took control of the game in the first half and never let up. Arkansas sophomore Jaylin Williams scored a career-high 15 points and added eight rebounds for Arkansas. Four players scored in double-figures for the Razorbacks.

Notae scored 13 of his points in the second half as the Razorbacks extended a 10-point halftime lead to 20 down the stretch to end a four-game homestand.

Arkansas broke away from a 14-14 tie at the 11:52 mark of the first half with a 17-4 scoring burst. Charlotte made a run to get within six points at 35-29 on a backdoor layup by Jackson Threadgill with 2:25 left in the half, but Arkansas went back up by 10 again when Williams forced a steal at midcourt and raced in uncontested for a slam for the 41-31 halftime lead.

Charlotte trailed by double-digits most of the second half until Butler and Luka Vasic drilled back-to-back three-pointers to pull the Niners within 73-64 with 5:50 left.

Charlotte: At Valparaiso on Saturday.

Arkansas: Takes on Oklahoma on Saturday in Tulsa.