Notre Dame Mike Brey has suggestion to critics of change due to NIL and transfer portal: 'shut up and adjust' 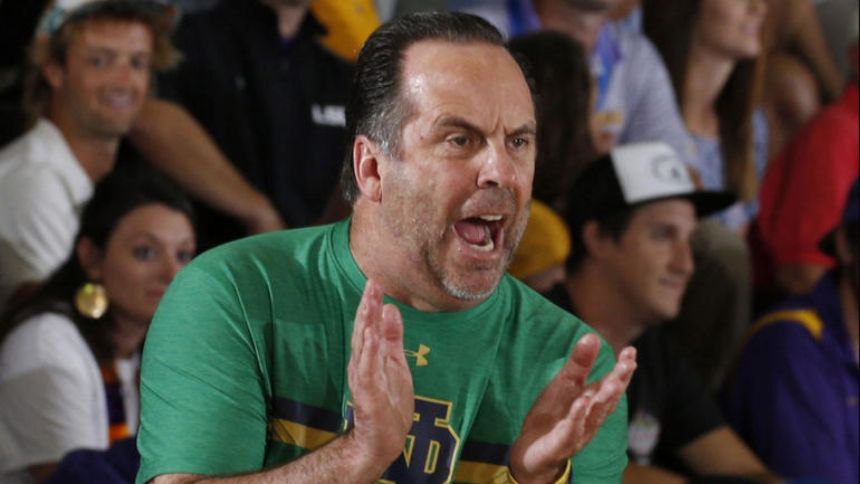 At 63 and with nearly three decades of head coaching experience, Notre Dame coach Mike Brey fits the mold of a coach who might be fatigued by the avalanche of changes cascading over college basketball. But instead of whining, Brey sent a sharp rebuke on Tuesday to his colleagues who are expressing discontent over the way mass transferring and name, image and likeness deals are changing the sport.

"We got to stop complaining," Brey told reporters at the ACC Spring Meetings in Amelia Island, Georgia. "This is the world we're in. Last time I checked, we make pretty good money. So everybody should shut up and adjust."

Among those trying to adjust are the NCAA, which released in regards to NIL that target the "collectives" formed by boosters to woo players with high-dollar offers in what is widely viewed as a "pay for play" scheme outside the boundaries of NIL. However, Brey was also candid when asked whether he believes those guidelines will be enforced.

"They're talking a big game but they always have talked a big game about that," Brey said.

With one of the most recognizable brands in college sports, Notre Dame could be positioned to thrive in the sport's new era. The changes certainly haven't hurt Brey's program as much as others. The one-time transfer rule allowing athletes immediate eligibility at their new schools appears to have had a mostly positive impact on Notre Dame thus far.'

While the fighting Irish did lose a pair of reserves to the portal this offseason, they landed a quality incoming transfer in former Niagara guard Marcus Hammond, a three-time All-MAAC performer who averaged 18.1 points per game in the 2021-22 campaign. Last season, Notre Dame benefited from the addition of Yale transfer Paul Atkinson, as the 6-foot-10 forward became an immediate starter for the Fighting Irish and averaged 12.5 points and 6.9 rebounds.