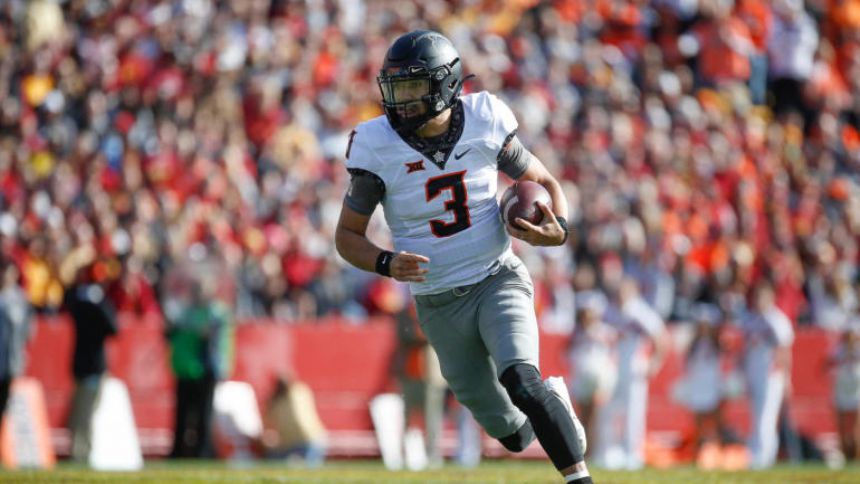 The No. 12 Oklahoma State Cowboys look to replicate their 2021 success beginning on Thursday evening. Mike Gundy's team opens its 2022 campaign with a home game against the Central Michigan Chippewas. It is the third all-time meeting between the programs. Oklahoma State was 12-2 last season, including a 7-0 mark at home, and Central Michigan posted a 9-4 overall record that included seven wins in the last eight games.

Caesars Sportsbook lists the Cowboys as 21.5-point favorites at home for this 7 p.m. ET kickoff. The total number of points Vegas thinks will be scored, or the over/under, is 58 in the latest Oklahoma State vs. Central Michigan odds. Before locking in any Central Michigan vs. Oklahoma State picks, you need to see the college football predictions and betting advice from SportsLine's advanced computer model.

Why Central Michigan can cover

The Chippewas are coming off an impressive 2021 season with nine wins and a victory over Washington State in a bowl setting. Central Michigan is on an active five-game winning streak, the third-longest stretch in FBS, and the Chippewas are 20-13 since Jim McElwain took over, the best record in the MAC. That includes tremendous against-the-spread success at 21-11-1 since 2019, and the offense returns a great deal from last season.'

Central Michigan ranked in the top 25 of the country in total offense in 2021, including the second-best passing offense in the MAC. Daniel Richardson returns as the starter at quarterback after a 24-touchdown season with more than 2,600 passing yards, and he protected the ball with only six interceptions. From there, Central Michigan has one of the best running backs in the country in Lew Nichols III, who led FBS with 1,848 rushing yards last season with 10 touchdowns and at least 100 rushing yards in each of Central Michigan's last eight games.

Why Oklahoma State can cover

Oklahoma State's defense was utterly dominant in 2021, allowing the fewest points by a Big 12 team since 2010. The Cowboys should be strong on that side of the ball again, but Gundy's group should be stellar on offense. Oklahoma State returns 11 of 15 players with 300-plus snaps, and Spencer Sanders has immense experience at the quarterback spot. Sanders led the Big 12 in total offense in 2021, posting the third-most passing yards and leading all conference quarterbacks in rushing yards.

Sanders has a 24-8 record as the starter in Stillwater, and he was excellent in his last outings. Sanders threw for 371 yards and four touchdowns without an interception in the Fiesta Bowl win, and he is one of only four FBS players with at least 6,000 passing yards and 1,500 rushing yards combined over the last three seasons. Sanders and the Oklahoma State offense will also face a Central Michigan defense that loses six of its top players from the 2021 team, lightening the load in the season opener.

How to make Central Michigan vs. Oklahoma State picks

SportsLine's model is leaning Under on the point total, with both teams projected to score 51 points. The model also says one side of the spread hits in well over 60% of simulations. You can only see the model's CFB picks at SportsLine.