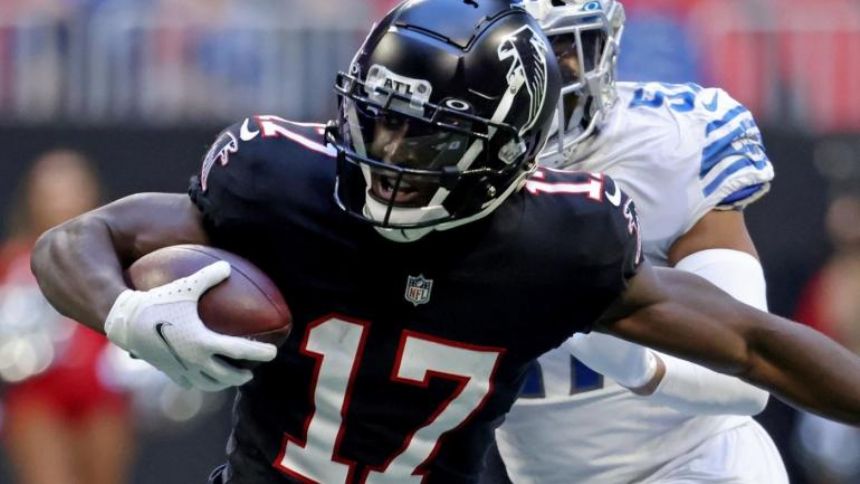 The Atlanta Falcons are in a rebuilding phase for the 2022 season, as evidenced by the trade of Matt Ryan and all the question marks on their roster. Don't tell Olamide Zaccheaus that, as the veteran wide receiver believes his team can surprise the league and make the playoffs in the NFC.'

Atlanta won't punt on the 2022 season. Not if Zaccheaus can help it.'

"I feel like we're a playoff team," Zaccheaus said,'via the Atlanta Journal-Constitution.'"We just (need) to put everything together. Really start fast at the beginning of the season and not get into a hole. I just feel like as a team, we can shock a lot of people."

Can the Falcons get off to a good start? They begin the season with a home game against the New Orleans Saints'and follow that with road games against the Los Angeles Rams and Seattle Seahawks. They next face the'Cleveland Browns at home before a road date with the Tampa Bay Buccaneers.'

A 3-2 start can get the Falcons in position to make a run for the playoffs, but that's a tough stretch for a team that appears to enter the year with Marcus Mariota at quarterback. Atlanta did draft Drake London in the first round to be the team's No. 1 wide receiver and has Kyle Pitts coming off a season where he was the second rookie tight end to have 1,000 receiving yards in a year. The Falcons also traded for Bryan Edwards to solidify the starters at wide receiver, one of the under-the-radar moves of the offseason.'

Even with those promising young pieces, the Falcons have a lot of issues to address. Atlanta averaged just 18.4 points per game last season (26th in the NFL) and allowed 27.0 points (29th in league), while averaging just 303.8 yards per game (29th) and allowing 364.4 yards a contest (26th). The 7-10 record from last year was also deceiving, as five of those wins came against teams that ended up with a losing record.'

The Falcons aren't going to just roll over and play dead in 2022, even if they aren't expected to reach the postseason. There have been surprising playoff teams in the past -- Atlanta wants to add its name to the list.'