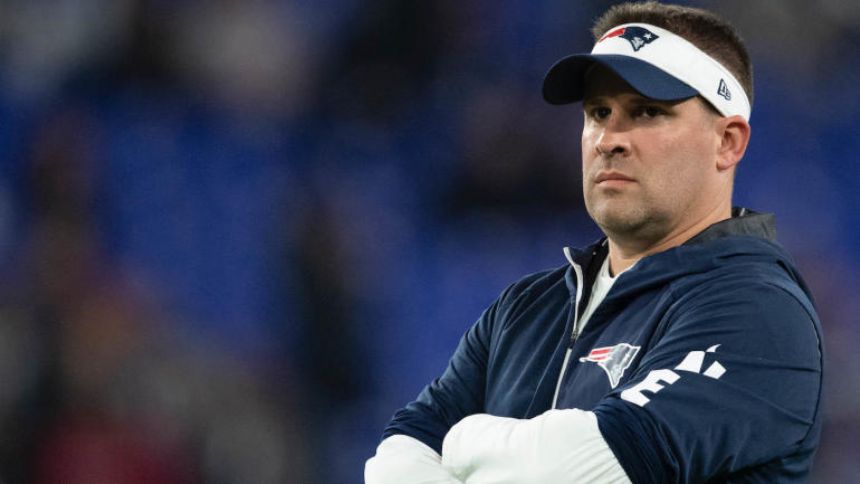 The New England Patriots may soon be in the market for an offensive coordinator. The Las Vegas Raiders are set to interview Josh McDaniels for their open head coaching position and it appears like there is substantial interest from both sides in a possible marriage, casting the current Patriots coordinator's future in Foxborough very much in doubt.

McDaniels has been entrenched in the Patriots' offense for a decade upon returning to the team in 2012 after trying his hat as the head coach of the Denver Broncos and having a brief stint as the offensive coordinator of the then-St. Louis Rams. Before his departure, McDaniels' first stint in New England consisted of a true rise through the coaching ranks as he started as a personnel assistant before working his way up to offensive coordinator from 2005 through the 2008 season.

When combining those tenure's, that's quite the wealth of institutional knowledge, which will be tough to replicate on top of McDaniels' play-calling ability, which is among the best in the NFL.

So, if McDaniels does decide to head to Sin City and give himself another crack at being a head coach, what are the Patriots' options to replace him? Below, we'll highlight some logical in-house and outside hires for the gig.

Continuity will be key for the Patriots no matter if they promote from within or go with an outside hire.

If they stay within the building at Gillette Stadium, current tight ends and fullbacks coach Nick Caley could be an option. The 39-year-old has been with New England dating to 2015 when he joined the staff as an offensive assistant. He was promoted to tight ends coach in 2017 and added fullback coaching duties to his resume in 2020.

Over that stretch, Caley has overseen some solid production when given quality personnel. In 2017, Rob Gronkowski played at an All-Pro level, catching 69 passes for 1,084 yards and eight touchdowns. This season, Hunter Henry enjoyed a career high, catching nine touchdowns to go along with 50 receptions and 603 receiving yards. Of course, more credit should be given to the individual players in those situations, but Caley was certainly helping them along during those productive seasons.

Mick Lombardi, the Patriots wide receivers coach, is another in-house name that could warrant some discussion for the job as well. Lombardi initially came to Foxborough as a scouting assistant from 2011-2012, but then left the organization to pursue other coaching opportunities throughout the league. He then returned to the Patriots in 2019 as the assistant quarterbacks coach and was promoted to receivers coaching in 2020. The 33-year-old is also the son of former Browns GM Michael Lombardi.

Again, it'd be a bit surprising to see Bill Belichick pluck someone from obscurity and make him his OC, so these outside options will still be quite familiar to those around the organization.

One of the more obvious names to keep an eye on -- and was highlighted by AP Sports NFL insider Jason La Canfora as a potential replacement for McDaniels -- is Bill O'Brien. He is the most recent Patriots offensive coordinator before McDaniels took over. He held that title in 2011 and was with the Patriots organization beginning in 2007. After stints serving as head coach at Penn State and then with the Houston Texans, O'Brien has more recently worked as the offensive coordinator and quarterbacks coach at Alabama in 2021.

While he may not have coached Mac Jones while with the Crimson Tide, the two do have some crossover as Jones helped teach the Alabama offense to O'Brien after he took the job.

Another option could be to bring back Joe Judge as the OC. While most around New England may remember Judge solely as the special teams coordinator while on staff with the Patriots, he was also the wide receivers coach during his final season in Foxborough before departing for New York. According to NBC Sports Boston's Phil Perry, there were also indications that Judge was set to succeed McDaniels when it looked like he was going to take the Colts job in 2018.