Oregon apologizes after student section chants 'F--- the Mormons' during win over No. 12 BYU 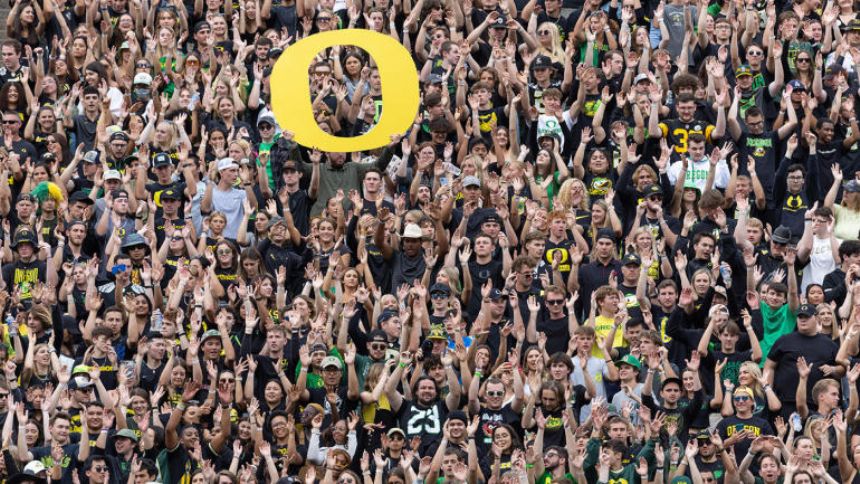 The University of Oregon released a statement on Sunday apologizing to BYU after a video surfaced on social media showed the school's student section chanting "F--- the Mormons" during Saturday's 41-20 win over the Utah university.'

"The University of Oregon sincerely apologizes for an offensive and disgraceful chant coming from the student section during yesterday's game against Brigham Young University,"'the statement said. "These types of actions go against everything the university stands for, and it goes against the spirit of competition. We can and will do better as a campus community that has no place for hate, bias or bigotry."

The University of Oregon sincerely apologizes for an offensive and disgraceful chant coming from the student section during yesterday's game against Brigham Young University. 1/2

Oregon's announcement didn't mention whether there would be any type of punishment for those that were known to have participated in the chant.

In addition, Oregon's "Pit Crew" student section tweeted that the group condemned the chant and stated that it was "ashamed" of the people in attendance who targeted BYU with the anti-Moron chant.

"To all @BYUfootball fans in attendance at todays game we would like to apologize for the actions of the students in attendance," Oregon's "Pit Crew" tweeted. "We do not condone or support any hateful speech directed towards one's religion and are ashamed of those who participated."

Utah governor Spencer Cox also spoke out,'labeling the chants as "religious bigotry" towards BYU's fanbase. According to the university's website, BYU is "a private Christian school owned and operated by The Church of Jesus Christ of Latter-Day Saints (colloquially known as 'Mormons.')"

The Ducks dominated the Cougars throughout the majority of the game and even raced out to a 38-7 lead. Oregon quarterback Bo Nix led the way with five total touchdowns in the win.