Orlando Brown Jr. to report to Chiefs training camp, will play under the franchise tag, per report 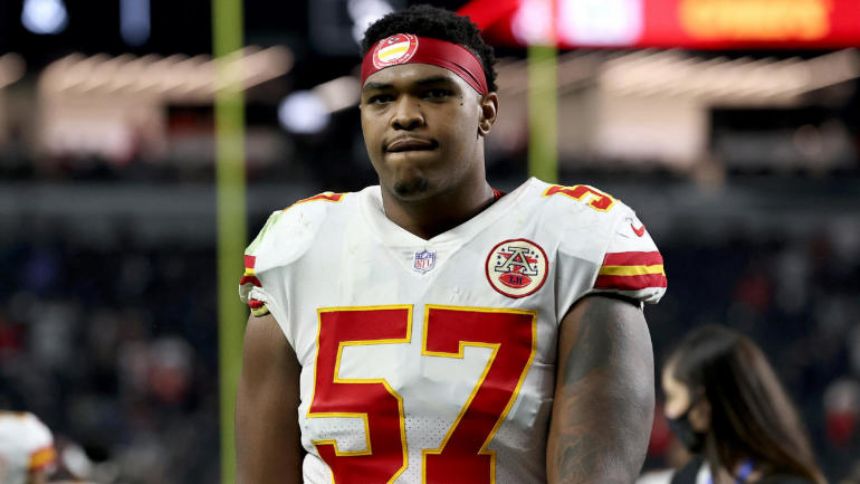 Orlando Brown Jr.'s holdout is coming to a close. The star left tackle is expected to report to Chiefs training camp on Monday after due to frustrations stemming from the failure to reach a long-term contract with the club, according to ESPN. In lockstep with Brown reporting, he is also set to sign his franchise tag, ensuring that he'll be with the club for the 2022 season. ESPN adds that Brown wanted to be with the Chiefs as they begin padded practices this week and was a catalyst that led to his return, while also noting that the 26-year-old is in the best shape of his life.

Kansas City placed the franchise tag on Brown earlier this offseason, but the two sides had attempted to reach a long-term deal throughout the offseason. Leading up to the July 15 deadline for franchised players to negotiate extensions, Brown and the Chiefs did make one last effort to strike a deal. While an offer was on the table, Brown's camp reportedly declined as it did not provide enough security for the lifetime of the contract.'

It was that the final offer for Brown was a six-year contract that contained $139 million in total salary and a $30.25 million signing bonus. There was also $95 million in the first five years of the deal, which means there would have been $44 million in base salary in the final season of his contract, which he'd likely never see. So, in reality, Brown's final offer seems to be more of a five-year, $95 million contract, which would have ranked him as the sixth-highest paid tackle in the NFL.'

"We got really close," Brown's agent, Michael Portner, told the'NFL Network'at the time. "We dealing with the Chiefs and we understand their position as well. I'm not gonna let these athletes sign a flashy contract without the substance or security there."

Brown will now earn $16.7 million fully guaranteed on the franchise tag for 2022.'

The former third-round pick found his way to Kansas City when the Chiefs acquired him in a trade with the Baltimore Ravens last offseason. Brown started in all 16 of his games played last season at left tackle and continued his Pro Bowl streak, being named to the club for the third consecutive year. '