Padres catcher Jorge Alfaro finally living up to 'The Legend' 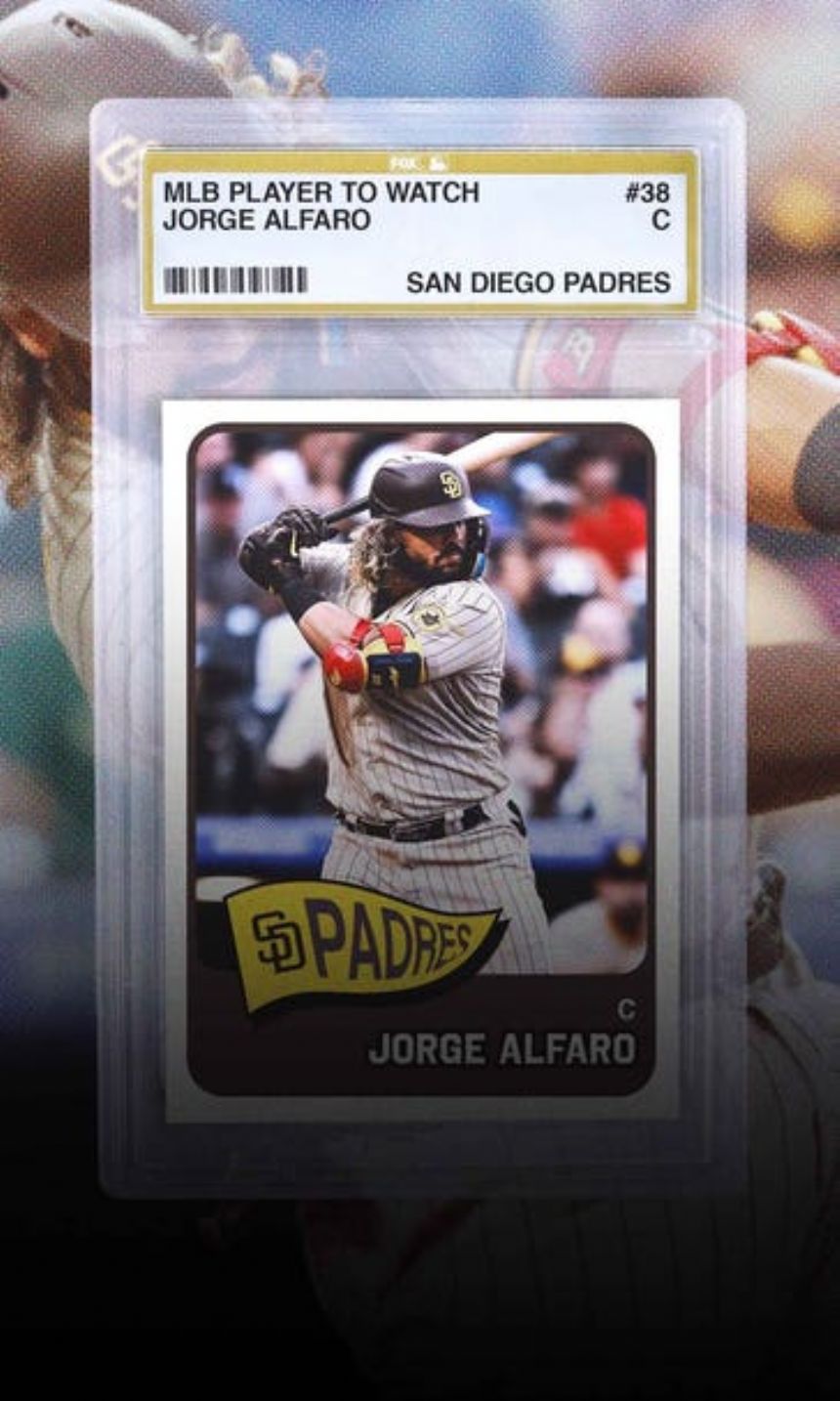 For someone who only turned 29 last month, Jorge Alfaro has been an intriguing character in the baseball world for an awfully long time.'

Despite having fewer than 500 major-league games to his name, the Padres catcher's physical abilities have tantalized baseball evaluators and fans alike for more than a decade. Signed by the Rangers in January 2010 for a $1.3 million bonus - then a record for a Colombian player - it didn't take long for whispers of his exciting potential to permeate the game.'

His unparalleled display of tools, especially for a catcher, on the backfields in Arizona a year later earned him the nickname "The Legend" from Jason Parks, then a prospect writer for Baseball Prospectus who has since gone on to work for the Cubs and most recently serve as the pro scouting director for the Diamondbacks.'

The hype for Alfaro grew more mainstream as he climbed the minor-league ladder, and it peaked when he was included as one of the headlining prospects in the deal that sent left-hander Cole Hamels to Texas at the 2015 trade deadline.'

Though he made his MLB debut the next season, Alfaro didn't get regular playing time with the Philies until 2018, when he posted a .731 OPS in 377 plate appearances but struggled mightily behind the plate. It evidently wasn't enough to convince the organization he was their catcher of the future, as they proceeded to include Alfaro in the trade to the Marlins in exchange for JT Realmuto in February 2019.'

After a solid debut season with Miami in which he hit .262 with 18 homer, Alfaro saw his role gradually decreased over the next two year, seemingly leaving him on the fringes of the roster.

The Padres did not seem like an obvious fit for Alfaro as a possible trade destination at the start of last offseason. They had recently spent significant prospect capital to acquire Austin Nola, and also had one of the more promising catching prospects in baseball in Luis Campusano. Victor Caratini was still on the roster as well.'

Yet when the Padres ultimately did swing a deal for Alfaro last November shortly before the lockout, it wasn't hard to figure out why: Padres GM AJ Preller was one of the first people in baseball to identify Alfaro's uncommon ability, as he was the Rangers' scouting director when they signed Alfaro as an amateur in 2010.'

Preller had a track record bringing in former Rangers prospects such as Jurickson Profar (and Nomar Mazara shortly after he traded for Alfaro). Though Alfaro's raw ability had translated to MLB production only sparingly to this point, if anyone was going to take another flier on him, it was going to be Preller, roster-construction be damned.'

Alfaro impressed in spring training, and Caratini was traded to the Brewers shortly before Opening Day, clearing the way for Alfaro to make the team.

Now in his fourth organization, Alfaro is thriving for the Padres and has emerged as a fan favorite thanks to multiple walk-off hits and one simple, profane answer in a postgame interview:

(Also, let's be honest: there's no better way to endear yourself to a fan base than swearing on television.)

Catchers are baseball's yeomen. With all the squatting and blocking and foul balls to the face they endure on a daily basis - not to mention all the game-planning involved before they even throw the gear on - the expectations for a catcher's offensive contributions have lessened dramatically. This is part of why smart teams like the Astros appear to be wholly comfortable punting offense from the catcher position in favor of two veterans that excel at the dirty work.

This is also what makes a catcher such as Alfaro so extraordinary. That a player can withstand the rigors of the position and still maintain any semblance of explosive athleticism feels like a modern miracle.'

The raw numbers beyond the late-inning heroics are impressive on their own: his 122 wRC+ ranks fifth among catchers with at least 150 plate appearances. But what makes Alfaro different are still the same raw physical tools he has demonstrated since he was 16.'

By Statcast's Sprint Speed metric, he's the fastest catcher in baseball, averaging 29.8 feet per second, the same mark as outfielders like Brett Phillips and his teammate Trent Grisham. By Statcast's recently re-introduced Pop Time metric that measures how quickly a catcher can get the ball to second base to cut down a potential base-stealer, Alfaro ranks second in baseball.

Coincidentally, his biggest competition among catchers in both of those categories is Realmuto, who barely edges him out for the best pop time and is a close second in sprint speed.'

Unlike Realmuto, whose frame suggests he could play nearly any position on the diamond, Alfaro still possesses the thick and sturdy build traditionally associated with catchers - and yet he still can absolutely fly. That freaky level of athleticism is what earns a player a nickname like "The Legend."

Add all that to his raw power, which remains elite. When he connects, he can hit the ball as hard as almost anyone in the game. He hit a 114.8-mph homer against Arizona, and his 115.2-mph lineout against Colorado puts him in the 98th percentile for max exit velocity in MLB.

Alfaro still has his flaws, to be clear. His volatile plate discipline (a sub-5% walk-rate and a strikeout rate of more than 30%) and inconsistent defense (below-average receiving and framing) behind the dish beyond his elite arm have been enough to keep him splitting time with Nola, despite Nola's underwhelming offensive output. '

But if Alfaro's first half has taught us anything, it's that you don't need to be an everyday player to be an impact player.'

And for a San Diego team that will need contributions from every part of the roster in order to keep pace with the Dodgers in the NL West, Alfaro's been a fantastic find.'