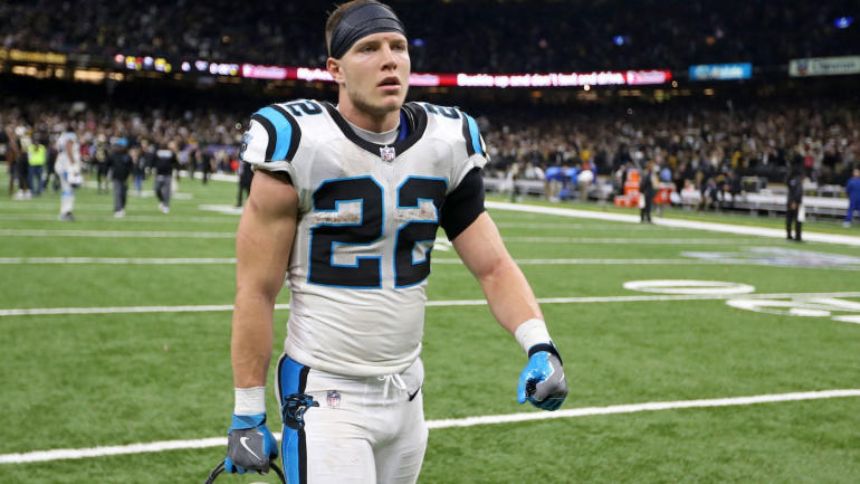 Christian McCaffrey saw a bigger workload in the Panthers' Week 2 loss to the Giants, totaling 19 touches as one of Carolina's top weapons in an otherwise dismal offensive showing. But the star running back is a question mark approaching Sunday's matchup with the Saints. Appearing in just 10 games the previous two seasons, McCaffrey returned to the injury report Thursday. The former Pro Bowler is still expected to play in Week 3 against the Saints, per the team's official website, but was limited at practice with ankle stiffness.

Ankle and hamstring injuries are responsible for McCaffrey's previous extended absences. Depending on his practice availability Friday, it's possible the running back could officially be listed as questionable for Sunday's divisional game. He also appeared on the injury report ahead of Week 1 after his leg was cut by a cleat during practice, but he remained a full participant at that time.

Regardless, the development is concerning. McCaffrey is generally one of the NFL's top all-purpose players when healthy, logging 80 catches in each of his first three seasons. He averaged almost seven yards per carry in Week 2 against the Giants. But he hasn't played a full season in three years, and the Panthers (0-2) could arguably use all the offensive help they can get.

In the event McCaffrey can't suit up Sunday, or takes on a reduced workload, second-year backup Chuba Hubbard would be in line for an uptick in carries. Ditto for veteran D'Onta Foreman, the former Texans and Titans reserve who's gotten four carries in the first two games.