Patriots break ground on $225 million worth of renovations to Gillette Stadium, a privately funded project 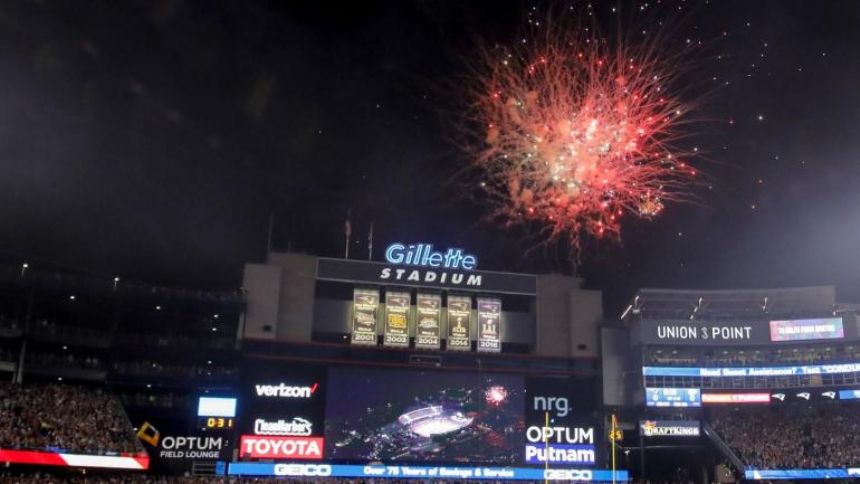 The home of the'New England Patriots'is getting a makeover. On Wednesday, the Patriots broke ground on the , a project that is completely funded by the owner Robert Kraft and the Kraft family.

The groundbreaking took place on the 20th anniversary of the first event held at the stadium.

Looking back. Looking ahead.

Kraft thanked the fans for their support over the years, saying:

"I say thank you to the fans, who've supported us this whole trip. Because of their support, we felt confident. We've invested well over half a million dollars in the stadium in the last 20 years ... Our fans are awesome. We have to give them a place that's worthy of their support."

Kraft continued, saying "This is like our home in the New England region, so we're always going to do everything we can to make it first class, and I think when you see the renovation in the end zone, it's going to be something we're all very proud of."

The 20-year stadium will be modernized, adding the largest outdoor HD stadium video board in the United States.'

The largest outdoor stadium HD video board in the country, a 218-feet high lighthouse with a 360-degree observation deck and re-imagined gathering spaces.

They are also adding an enhanced lighthouse, an iconic feature of the stadium. Fans will be able to go to the top of the new 218-feet high lighthouse, that is complete with a 360-degree observation deck, according to the Patriots website.'

Coming in 2023, there will be an enhanced plaza and 75,000 square feet of hospitality space in the stadium. The "Globalization Partners Atrium," named after the Boston-based global employment platform, will be located in the north end zone and be the year round hospitality space.

"We're very excited to be entering into this partnership with the Kraft family and Gillette Stadium as part of this amazing north end expansion project," chief revenue officer of Globalization Partners Diane Albano said. "This Atrium represents so many of our shared characteristics including a tradition of excellence and leadership that this will continue to symbolize for years to come."

The Patriots teased the project in December.'

Before the Patriots played at Gillette Stadium, the team called Foxboro Stadium, which was in the same location, home.