Patriots training camp stock up, stock down: Offense off to a shaky start, Christian Barmore breaking out 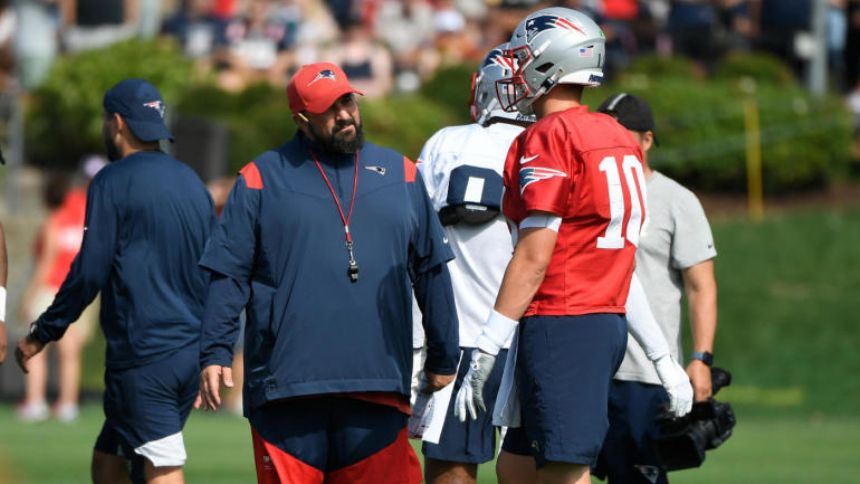 The Patriots are nearly two weeks into training camp and we're starting to get a grasp of what this club is shaping out to be for the 2022 season. While there's plenty of time between now and when they head to Miami to face the Dolphins in Week 1, now seems like as good of a time as ever to take the temperature of where this team is at this juncture of camp.'

Below, we've highlighted a handful of players and/or position groups and have taken stock of where they stand through two weeks, which included the first string of padded practices. '

Patriots second-year defensive tackle Christian Barmore is in the midst of a great camp. He's routinely dominated in 1-vs.-1s and seems to be en route to a breakup sophomore season. He's been a thorn in the side of New England's running game throughout camp, especially during padded practices. If he's able to improve in that area, he'll be a legit wrecking ball along the Patriots defensive line when you account for his pass-rushing prowess.'

"Christian's done a good job," Bill Belichick said Thursday. "He's way ahead of where he was last year. First of all, he's in much better condition. Second of all, he has a much better understanding of what we do, what our opponents do, and the daily routine or the weekly routine of how the progression's going to go, because he's been through it.'

"... He's been more consistent, like all second-year players -- this isn't really unique to him -- but he's been more consistent. He has a better understanding of our scheme, the opponent's scheme, what can happen, what's a problem, how to handle those problems when they come up. And his physical development, his techniques, his skills: overall strength, speed, stamina, have improved. They were good anyway, but they've gotten better through training. He's making progress."'

The offense has had its moments in camp, but they've also taken their lumps as they work in a new "streamlined" system. The quarterbacks have particularly struggled when the drills switch to 11-on-11s from 7-on-7s and the physicality ramps up in front of them. Oftentimes, we've seen Mac Jones or rookie Bailey Zappe be flushed out of the pocket and forced to throw the ball away. Of course, part of that could be a lack of protection or wide receivers struggling to separate. Whatever the case, it's led to a clunky start for the offense as a whole.'

Those struggles out of the gate may have also been the catalyst for Belichick to dial things back on Wednesday and hold an un-padded session in an attempt to give the unit a reset.'

One of the bigger questions going into camp has centered around who'll claim the starting outside corner spot left vacant by J.C. Jackson. While Jalen Mills appears earmarked for one of those starting spots, Terrance Mitchell looks to have the inside track of claiming the other. The veteran corner -- who signed a one-year, $3 million contract with New England this offseason -- has seen the large majority of reps at that spot, along with some sprinkling of Malcolm Butler. With those reps, Mitchell has played well and has recorded multiple pass breakups and an interception to this point.'

Mitchell has also been the first player on the field before each practice in camp.'

The running game has left a lot to be desired at this point in camp. New England's defense has routinely been able to get in the backfield and record tackles for loss to derail any sort of attack the offense was trying to establish. What has particularly been missing from the Patriots rushing attack has been success on inside runs as there haven't been many holes for backs to hammer through. Sometimes, we've seen backs bounce outside and struggle to get to the edge and turn upfield as well.'

The Patriots ran the football 489 times last season, which was the seventh-highest mark in the NFL. With that in mind, this is a big piece of their offense that hasn't really come out gangbusters to start camp, which is less than ideal.'

Parker has come into camp as advertised. The former Dolphins pass catcher is a big-bodied receiver who has shown an ability to make contested catches. The rapport between Parker and Mac Jones has also been noticeable through the early stages of camp. The two have connected on several big plays, including a 50-yard touchdown during 11-on-11s on Monday in the club's first full-padded practice.'

Not only has Parker brought a big-play ability to this offense, but he's also into the unit as well.'