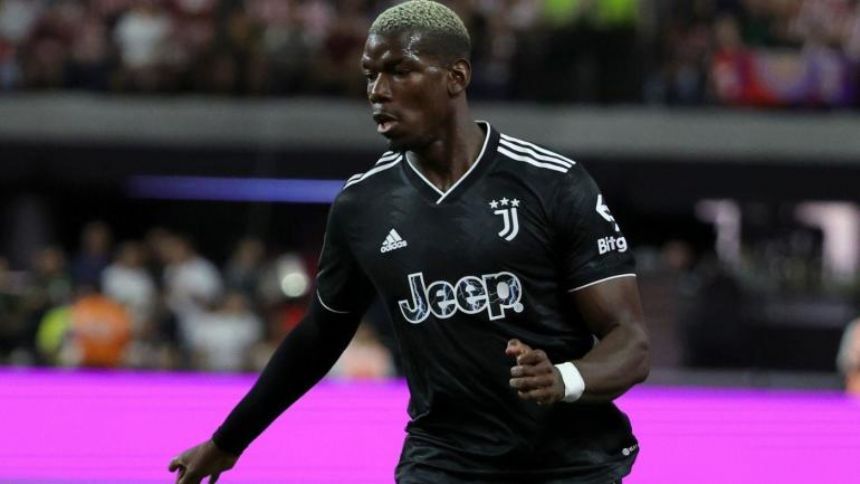 Mathias Pogba might be in provisional detention but that has not stopped Paul Pogba's older brother from releasing his latest slew of allegations against the Juventus and France midfielder. The latest chapter of the saga unfolds as the younger of the two brothers. and Juventus and France midfield star, remains under police protection while an investigation into attempted blackmail is underway with the older or the pair of siblings provisionally detained.

. In his latest leak, Mathias reveals that his release of around 30 video messages was prepared in advance should he be unable to communicate himself.

"Hello all," he began. "I am Mathias Pogba. If you are watching this video, it is because my brother Paul has found a way to shut me up -- either by targeting me directly and physically, or my discrediting me by accusing me of things I have not done. Maybe even through tricking the police like he has done in the past with my cousin, with the goal of silencing me.

"There is a big chance that I am not the only one, because he is in the process of silencing everybody who could reveal things by using his celebrity status, money, relationships, and all necessary means. That is why I have made this video with the goal of revealing all about my hypocritical and manipulative brother regardless of what happens to me. This bad, arrogant, and criminal man will be exposed."

Mathias then proceeded to detail some of the revelations which he threatened to leak back when this controversy started. He asserts that videos were prerecorded and accuses Paul of mixing with criminals and abandoning his family along with the long teased information about consorting with a witch doctor.'

Mathias then outlined his family's struggles and alleged that Paul turned his back on those closest to him. In another video, he claims that his brother started to use a witch doctor "Ibrahim" who he was introduced to by former Paris Saint-Germain man Serge Aurier and that the sorcerer tried to estrange Paul from his family and received in the region of $200,000 per month.

"First, there is the family and how he behaves towards us," said Mathias. "The truth is very different to what you see on camera because the reality is that he has turned his back on his family, without reason. A family that did nothing bad to him. On the contrary, he was born into and raised by an incredibly united family, very united, and one which has always supported and encouraged him."

Mathias also alleged that "Ibrahim" was used to curse teammates including Kylian Mbappe during a UEFA Champions League tie between PSG and Manchester United which Paul's Red Devils advanced in. An intermediary named "Mamadou" who is currently detained was allegedly asked to do tasks such as burying pieces of paper under the field to cast curses while a swarm of butterflies before the UEFA Euro 2016 final and the 2017 UEFA Europa League final were also cited.

"At Paul's request, the witch doctor was asked to neutralize Kylian," said Mathias. "At that time, he was enjoying a rapid rise to the top and was overtaking Paul in terms of fame. It was bizarre for Mam's to see that Kylian was a shadow of his usual self that day against a largely reserve team. The problem was that Paul was doing everything to get closer to Kylian in the press, saying that he was his friend, calling him and arm in arm all the time. The reality was that Paul was resorting to witchcraft to sabotage these games." '